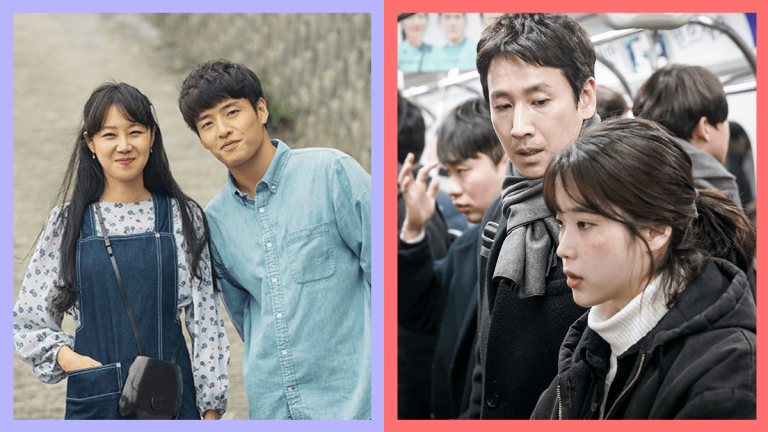 If the Western film and TV industry has award shows like the Academy Awards and the Emmy Awards, South Korea has the Baeksang Arts Awards. It’s known to be one of the most prestigious award-giving bodies in South Korea, recognizing some of the best films, dramas, and performances in the recent year.

Always wondered which K-dramas were recognized for their outstanding story, cast, and other storytelling elements? We’re listing down below the Baeksang Best Dramas, as well as Daesang (Grand Prize) winners, from 2010 to 2020, so you can add them to your streaming lists ASAP! Check them out here:

When the Camellia Blooms (Daesang, 2020)

This drama follows Dong Baek — a single mother who moves to the small town of Ongsan with her song Pil Gu. She’s often the talk of her neighbors, with her being a single mom, and the owner of bar Camellia, a bar men frequent. However, despite being the talk of the town, she catches the attention of the playful police officer Yong Sik. As he tries to woo her and get her to accept his feelings, he also sets out to figure out the notorious killer who’s out to harm Dong Baek.

Other nominees: Crash Landing On You, Kingdom, Hyena, When the Camellia Blooms

Hot Stove League stars Namgoong Min as Baek Seung Soo, a man who’s hired as the General Manager to the baseball team Dreams. He’s tasked to help prepare the team for the upcoming season and get them to become a stronger team after losing for consecutive years. The drama follows his character and the rest of the team as they try to deal with all sorts of problems — from the lack of budget to the internal conflict between coaches, players, and the management.

Other nominees: The Light in Your Eyes, Mr. Sunshine, Children of Nobody, SKY Castle

My Mister centers on a middle-aged engineer named Park Dong Hoon, who seems to be living a good and successful life. Despite this facade, though, he’s unhappy, with two brothers relying on him and a wife who’s in an affair with his boss. Things take a turn for him when he meets Lee Ji Ah, a young woman in her 20s who, like him, is carrying a burden of her own. As time passes, a friendship forms between the two, and they end up helping and making each other’s lives a bit more bearable.

ALSO READ
K-Drama Files: ‘My Mister’ and Its Story of Loneliness

Stranger centers on a cold but rational prosecutor Hwang Shi Mok, who known for being one of the only non-corrupt prosecutors. As he is investigating a murder case, he meets Lieutenant Han Yeo Jin, who he ends up working with to unravel the murder mystery. While doing so, they realize that the case is connected to a large corruption scheme between the prosecutor’s office and a conglomerate.

Other nominees: Misty, Stranger, Fight For My Way, My Golden Life

Mother is based on a Japanese drama of the same name. It follows a temporary school teacher Soo Jin, who kidnaps her student Hye Na after realizing that she’s being abused. She then tries to care for her as a substitute mother. As the two becomes closer, they also end up becoming more like a real mother and daughter. The drama stars Lee Bo Young, Heo Yool, and Lee Hye Young.

Other nominees: W, Love in the Moonlight, Dr. Romantic, Guardian: The Lonely and Great God

Dear My Friends is a slice-of-life drama told from the point of view of Park Wan — a translator often brought by her mom to reunions with friends. She shares the story of her mom and her friends who are all in their twilight years, their struggles, and how they continue to rediscover themselves through their relationships with friends and families.

Descendants of the Sun tells the love story between a surgeon and a special forces officer. It stars Song Hye Kyo as Kang Mo Yeon, a cardiothoracic surgeon whose life changes when she meets Song Joong Ki’s Yoo Shi Jin. He’s the captain and team leader of Alpha team and he believes in protecting the people of his country no matter what. The drama follows the two characters as they bond and work together in a time of war.

Other nominees: Descendants of the Sun, Reply 1988, She Was Pretty, Love in the Moonlight

Signal follows criminal profiler Park Hae Young who works on cold cases along with his senior Cha Soo Hyun. After encountering a walkie-talkie, Hae Young is able to communicate with Lee Jae Han, a detective from 15 years ago who is also working on the same cases he is. Thanks to their new method of communication, the three characters go on a journey of solving cases both in the past and in the present.

ALSO READ
K-Drama Files: Why You Should Watch ‘Signal’ if You Love Crime Dramas

Heard it Through the Grapevine (Best Drama, 2015)

This drama is about a wealthy couple whose life changes when their son, Han In Sang, impregnates his girlfriend Seo Bom. Because she comes from a poor family, Bom is ready to endure the isolation from her family and in-laws to protect her child. In Sang, on the other hand, faces the struggle of choosing between Bom and his family’s reputation.

Other nominees: I Can Hear Your Voice, My Love From the Star, Reply 1994, Secret Affair

Good Doctor is about an autistic savant doctor named Park Shi On, who has the mentality of a 10-year-old. Despite the bias and discrimination that he experiences from society and his workplace, he works hard to become a pediatrician, using his abilities to help him in his job.

Other nominees: Lights and Shadows, My Husband Got a Family, School 2013, How Long I’ve Kissed

The Chaser centers on detective Baek Hong Suk who lives an honest life despite being poor. His happy family is shattered, however, when his 15-year-old daughter dies in a car accident. When people started tarnishing the name of his daughter, he promises to discover the truth behind the accident. He eventually realizes that the accident is all tied up into a conspiracy.

Deep Rooted Tree is a historical drama about King Se Jong, who accidentally causes the death of his in-laws and their slaves while trying to save them from King Tae Jong. Ddol Bok, one of the two survivors from the incident promises to return to the palace to avenge the death of his loved ones. When he does, he gets embroiled in a mystery surrounding the deaths of Hall of Worthies scholars.

Moon Embracing the Sun is another historical drama that took home an award in 2012. The historical fantasy is from the novel of the same name by Jung Eun Gwol. It tells the love story between a fictional king of the Joseon Dynasty and a female shaman, as well as the political conflicts brought about by those who want power.

Kim Soo Hyun leads the cast of the drama, and joining him here are Han Ga In, Jung Il Woo, and Kim Min Seo.

Secret Garden is the story of an arrogant and eccentric CEO Kim Jo Won, who accidentally meets the poor stuntwoman Gil Ra Im after mistaking her for the actress Park Chae Rin. The two end up in a tense relationship, which is made even more complicated when they end up swapping bodies.

Iris follows Kim Hyun Joon and Jin Sa Woo — two best friends who were brought into the top-secret organization NSS. Their lives change when Hyun Joon goes on a solo mission in Hungary, and circumstances led him to discover the secret society called IRIS. He eventually goes back to Korea to find out who set him up and what IRIS really is all about.

Homestream images are from KBS and tvN.

Heard It Through the Grapevine