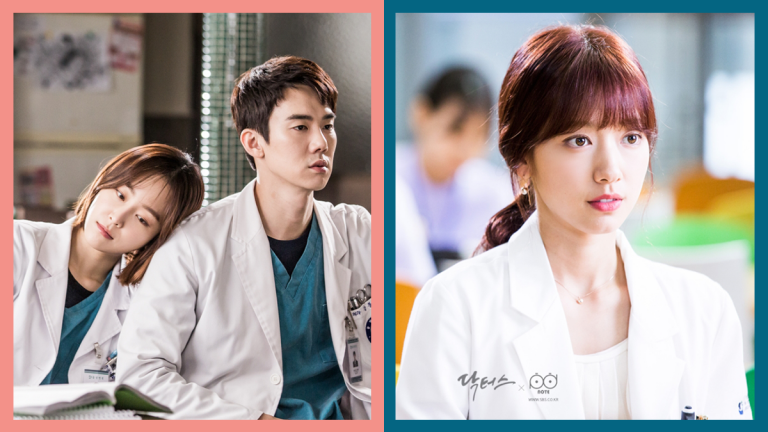 12 K-Dramas That Will Get Every Medical Drama Lover Hooked

Add these dramas to you binge lists if you've been looking for must-watch medical K-dramas.

Aside from rom-com, fantasy, slice-of-life, and crime-thriller dramas, K-dramaland is also quite known for producing a good number of medical dramas. Just like Western series, these dramas center on the lives of medical professionals, as well as their patients, and follow their lives and struggles in the workplace.

Been thinking about exploring more of this genre? Here are 12 medical K-dramas that you can stream right now!

Doctors follows Yoo Hye Jung, who was once a tough bully in school. That changes when she meets Hong Ji Hong, who eventually plays an important role in making her go from being a helpless gangster to a compassionate doctor. The two meet again 13 years later, after Hye Jung has become a doctor.

In Dr. Romantic, Yoo Yeon Seok plays Kang Dong Joon, a doctor who plans to name for himself by treating VIP patients. Seo Hyun Jin, on the hand, plays the passionate surgeon Yoon Seo Jung, who is haunted by her previous mistakes. Their lives change when they meet the quirky Teacher Kim — a famous surgeon who decides to give up his job to be the neighborhood of a small town.

Good Doctor centers on Park Shi On, an autistic savant doctor with the mentality of a 10-year-old. Despite the bias and discrimination he experiences in society and in his workplace, he becomes a pediatrician, using his atypical abilities to help him in his career.

Life is a drama about how the hospital can be the breeding ground for those who misuse and abuse their power. It shows the power struggles between those who want to protect and save and those who want to defend what they think is right.

This drama is about the mystery novelist Jang Jae Yeol and the psychiatrist Ji Hae Soo, who meet after appearing on a talk show about criminal minds. Things become complicated for both of them when they end up living under the same roof. They live there alongside Hae Soo’s psychiatrist colleague Jo Dong Min, and Park Soo Kwang, a young man with Tourette’s Syndrome. Although their personalities clash, Jae Yeol and Hae Soo eventually end up helping each other slowly heal from their emotional scars.

Doctor John follows Cha Yo Han, a genius but arrogant anesthesiologist who can figure out his patients in 10 seconds. Kang Shi Young, on the other hand, is another famous anesthesiologist popular for being empathic, warm, and cool-headed. The two doctors specializing in pain management must work to search for the cause and cure their patients’ pain.

Live Up To Your Name

In this drama, Kim Nam Gil plays Heo Im, a Joseon man with outstanding medical skills. He is unable to get a higher position in the government, all because he’s from a concubine family. Things take a turn for him when he travels through time and to modern Seoul. There, he meets the modern doctor Yeon Gyung, who thinks that Heo Im is strange. Instead of getting rid of him, she ends up traveling back in time with him to the Joseon era.

Hospital Playlist centers on 5 friends who met in medical school 20 years ago and are now colleagues in the same hospital. The drama shows these doctors and their lives inside and outside of work, as they deal with love, family, and their reunited college band.

Emergency Couple follows the dietician Jin Hee and the med student Chang Min who marry each other despite the opposition of Chang Min’s family. Their married life becomes unhappy, though, eventually leading them to get divorce. Years later, the two cross paths again as a medical student and as an intern. This time, it’s in the emergency room of the hospital where they’ll both be working in.

Namgoong Min stars in Doctor Prisoner as Na Yi Je, an ace doctor in a hospital’s emergency care center. However, after a medical malpractice incident causes the suspension of his medical license, he decides to get a certificate as a medical internist so he can apply to work at a prison. There, he cozies up to the people of influence, all for his goal of getting back at the hospital that ousted him.

The story of D-Day takes place after a 6.5 magnitude earthquake hit Seoul, causing the destruction of infrastructures and puttingthe lives of many people at risk. It follows a group of doctors — Hae Sung, Ddol Mi, and Woo Jin — who must rush into emergencies and take risks to be able to save lives of the victims.

Kim Young Kwang, Jung So Min, Ha Seok Jin, Lee Kyung Young, and Kim Hye Eun are just some of the stars in this drama.

Where to Watch: Rakuten Viki

A Beautiful Mind centers on Lee Yeong Oh, a genius neurosurgeon with an antisocial personality disorder. Because of this, he lacks empathy towards his patients. After a patient he operated on dies due to an alleged “foul play,” he must try to prove his innocence, all while investigating what’s behind the series of bizarre deaths at the hospital.

Homestream images are from SBS.

Live Up to Your Name