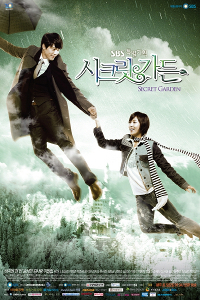 A rationalizing Cinderella story between Gil Ra-im (Ha Ji-won), a stuntwoman, and Kim Joo-won (Hyun Bin), a high-end department store CEO. Through a misunderstanding while trying to resolve a scandal of his cousin, Oska (Yoon Sang-hyun), a famous singer, Ra-im and Joo-won meet and he finds himself stunned by her coolness. Joo-won does not understand why Ra-im is constantly on his mind, and decides to pursue her. Though she initially is repelled by him, Ra-im gradually starts reciprocating his feelings.

As two different worlds collide, Ra-im and Joo-won gradually learn about each other's worlds. But Joo-won's mother does not want them to love each other. Despite his mother's objections, they get married. Meanwhile, Oska reunites with his first love, Yoon Seul (Kim Sa-rang), who has made a successful directing career for herself. However, Yoon Seul wants nothing to do with Oska, and instead has her eyes set on Joo-won. The story gets even more complicated and dramatic when Ra-im and Joo-won magically start switching bodies.

Secret Garden was a huge ratings success, with an estimation of more than 20 billion won worth of economic effect. It won a number of awards at both the 2010 SBS Drama Awards and the 47th Paeksang Arts Awards, including "Grand Prize (Daesang)" for Hyun Bin.