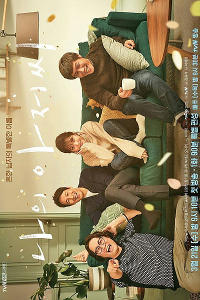 My Mister is a 2018 South Korean television series starring Lee Sun-kyun and Lee Ji-eun. The series was directed by Kim Won-seok and written by Park Hae-young. Produced by Chorokbaem Media, it aired on tvN in 2018 on Wednesdays and Thursdays at 21:30 (KST) time slot.

My Mister tells us the story of three middle-aged brothers, who are enduring the weight of their lives, and a strong, cold woman, who has been living a hard life of her own, as they come together in healing each other's past scars.