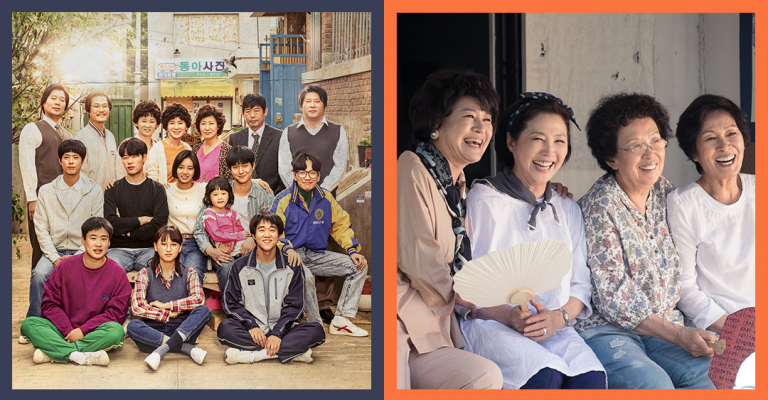 Here are dramas that help you go through the pains of growing up!

A lot of people would agree that K-dramas tend to give us an unrealistic perspective of the world. It can be in terms of finding love, navigating through relationships, or just dealing with life in general. And while many dramas tend to revolve around these tropes, there also happens to be a great number of slice-of-life titles that move away from this mold, and give us a more realistic view of the pretty and the ugly aspects of life and growing old.

Finished binge-watching these fantasy dramas and want to now move on to the slower-paced and relatable slice-of-life genre? Here are 10 titles that you should add to your lists right now:

What even is this list without Reply 1988? While all of the other Reply series are technically of the slice-of-life genre, nothing really beats the story and relationships of Reply 1988. The drama follows 5 childhood friends as they go through the pains of growing up, falling in love, and finding their dreams. The story also highlights the relationship of their families as they all live in the same neighborhood.

Age of Youth / Hello, My Twenties

Age of Youth is the story of five girls in their 20s, all living in a house called “Belle Epoque.” The drama follows their struggles as they navigate through their relationships, part-time jobs, debt, and all the other issues that come with being in their 20s.

Be Melodramatic centers on Im Jin Joo, Lee Eung Jung, and Hwang Han Joo — three best friends who are all in their 30s. This drama shows their struggles as they try to be successful in the Korean entertainment industry while also dealing with love, friendship, and grief.

ALSO READ
K-Drama Files: ‘Be Melodramatic’ is A Quirky and Relatable Drama About Turning 30

Dear My Friends is a slice-of-life drama highlighting a group of friends who are all in their twilight years. The story is told through the point of view of Park Wan — a translator who’s constantly brought by her mother to their reunions. Wan then shares to the viewers the lives of these elders as they tell her the struggles they face because of their age, their life journeys, and how they continue to rediscover themselves through various kinds of relationships.

In Misaeng, Jang Geu Rae is a young man who enters a trading company as an intern after failing to be a pro baduk player. He is often bullied by other interns and superiors, as he got into the company with only a high school diploma and a recommendation from one of the bosses. The drama follows him as he tries to adapt to the corporate culture. This is through the help of his boss, his fellow interns, and the principles he learned from baduk.

Prison Playbook is about famous baseball star Kim Je Hyuk, who’s arrested for using excessive for on someone who was sexually assaulting his sister. It’s there that he reunites with Lee Joon Ho, his childhood friend who’s now a prison guard at the penitentiary. The drama shows Je Hyuk and the other prisoners’ mundane life inside, as well as their friends and family outside.

Park Hae Soo and Jung Kyung Ho star as the leads of this drama. Joining them are Jung Hae In, Choi Moo Sung, Park Ho San, and more.

While Prison Playbook focuses on the life of prisoners, Live revolves around the things that happen police force. The drama also shows the joy, sorrow, and pain that come with working in the police force as they try to protect justice. It’s about centers on Yeom Sang Soo — a police officer who often runs into conflict with his superior — and Hang Jung Oh — a female officer fighting misogyny in the workplace — as they work together to solve incidents.

My Mister comes from the same director as Misaeng. It’s about Park Dong Hoon, a middle-aged engineer who seems to live a good and successful life. Despite this facade, he’s unhappy, with two brothers relying on him, and a wife who’s in a secret affair with his boss. Things take a turn for him when he meets Lee Ji An, a young woman in her 20s who, like him, is carrying a burden of her own. As the two form a friendship between them, they end up helping and making each other’s lives a bit more bearable.

ALSO READ
K-Drama Files: ‘My Mister’ and Its Story of Loneliness

Because This is My First Life

In this drama, a house-poor man and homeless woman decide to be housemates as the perfect solution to their problems. Nam See Hee is a single man who owns his house but has a lot of debt to pay, while Yoon Ji Ho is a homeless single woman who’s given up on dating because of her financial problems. Things don’t go smoothly for them as their arrangement is affected by society, their family, and their varying perspective on love and marriage.

When the Weather is Fine

When the Weather is Fine is about Hae Won who moves back to her hometown after growing tired of her life in Seoul. It’s there that she meets Eun Seob, a bookstore owner who likes to live a life of routine. As they get to know each other, they end up changing the lives of one another for the better.

Which of these K-dramas will you be watching first? Let us know in the comments!

Homestream images are from TVN.

Because This Is My First Life