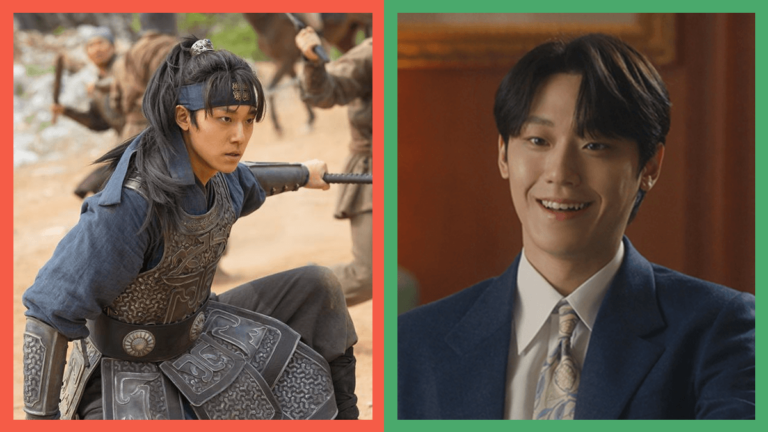 Which of these dramas is your favorite?

If you’ve been watching K-dramas in the last couple of years, then you’d definitely already know that there’s a lot of up-and-coming stars out there who’ve been stealing our hearts through the roles they played or are currently playing. And one of the actors who is on a roll in delivering amazing performances is the 26-year-old actor Lee Do Hyun.

Although most of us have just known him from playing the selfless Chung Myung in Hotel del Luna, the actor has actually starred in smaller but equally lovable roles even before that. Need a quick list of K-dramas where you can watch more of him? We’ve got you covered! Here are 7 K-dramas from the older to the more recent ones:

Prison Playbook is about Kim Je Hyuk — a famous baseball player who was arrested for using force on a man trying to sexually assault his sister. It’s in prison that he gets reunited with his childhood friend Lee Joon Ho, who was a baseball player like him and is now working as a prison guard at the penitentiary. The drama shows Je Hyuk’s time in prison, as well as the people he meets and encounters inside and outside prison.

In this drama, Lee Do Hyun starred as the younger version of Jung Kyung Ho’s character, Jun Ho. He was once a pretty talented baseball star until he gets into an accident that ruined his dreams of going professional. The cast of this drama includes Park Hae Soo, Krystal Jung, Jung Hae In, and more.

Thirty But Seventeen — also known as its alternative title Still 17 — tells the story of Woo Seo Ri, a violin prodigy whose dreams of studying in Germany were crushed after getting involved in a bus accident. She fell into a coma, waking up 13 years later. And despite being physically 30 years old, she still has the mind of a 17-year-old. As she tries to learn to cope with the life she now has, she meets Gong Woo Jin, who’s still haunted by a trauma he’s experienced 13 years before. As they get to know each other, the two try to open each other’s hearts and open the door to happiness.

This drama stars Shin Hae Sun, Yang Se Jong, Ahn Hyo Seop, and Ye Ji Won. Lee Do Hyun also stars in this drama Dong Hae Beom’s friend, a member of the rowing team, and is one of Chan’s (Ahn Hyo Seop) dorky and goofy friends. Upon meeting Seo Ri, he finds himself befriending and getting close to her because of their personalities.

Clean with Passion for Now

Clean with Passion for Now centers on Jang Sun Gyeol, a wealthy and handsome man who suffers from mysophobia, or fear of dirt and contamination. He meets the carefree and untidy Gil Oh Sol, who enters his company as a new employee. The two eventually meet and fall in love, with Oh Sol helping Sun Gyeol face his mysophobia.

Hotel del Luna is about a hotel that caters to spirits. Running is Jang Man Wol, a greedy soul who’s been cursed to man the establishment until she finds someone whose sin is worse than hers. Things take a turn for her when she meets Goo Chan sung, a young man forced to become the hotel’s manager after his father made a deal with Man Wol years ago.

IU and Yeo Jin Goo star as the leads of this 2019 drama. Meanwhile, Lee Do Hyun appears in this drama as Chung Myung, a royal guard captain who ends up falling for Man Wol.

Lee Do Hyun plays the lead role in 18 Again — the Korean adaptation to the movie 17 Again. This drama follows Hong Dae Young, whose wife’s decision to file a divorce left him regretful of his decisions in life. One night, he suddenly finds himself in his 18-year-old body, with a chance to re-do his entire life. He then decides to enroll in his children’s school, befriending his twins, and eventually learning that he’s still got to learn, despite having the mind of middle-aged man.

ALSO READ
12 K-Dramas That are Actually Remakes of Western and Asian Films and Dramas
Love Fantasy K-Dramas? Here are 8 Titles You Should Watch

Sweet Home centers on Song Kang’s Hyun Soo, an 18-year-old hikikomori or social recluse who moves into the Green Home after the death of his family. Not wanting to go on with his life anymore, he decides to take his own life at the end of the month. Things change, however, when he wakes up to discover that they are being attacked by monsters taking form of humans’ inner desires.

In this drama, Lee Do Hyun plays Lee Eun Hyuk, a medical student who became Green Home’s leader and brain as he handles the situation with his calm mind and rationality. Joining him in this drama are Lee Jin Wook, Lee Si Young, Go Min Si, and more.

Lee Do Hyun reunites with Go Min Si in Youth of May, a drama set in 1980s Gwangju. Here, he plays Hwang Hee Tae, a medical student from Seoul National University who decides to postpone his graduation because of a trauma. He then decides to go home to Gwangju, where he meets Go Min Si’s Kim Myung Hee, a nurse who dreams of going abroad to study. The two meet and get closer in May 1980, a tumultuous time in South Korea as its people fight for democracy.

Homestream images are courtesy of tvN and KBS

Clean With Passion For Now