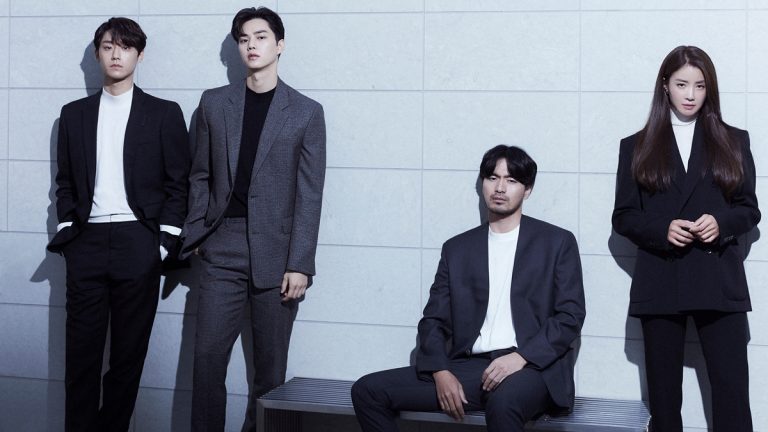 Netflix’s newest original series Sweet Home is taking us to a world where humans turn into monsters reflecting their inner desires. Launching today, December 18, the exciting suspense drama comes from Director Lee Eung Bok, who is the man behind hit Korean dramas like Descendants of the Sun, Mr. Sunshine, and Goblin: The Lonely and Great God. It stars Song Kang, Lee Jin Wook, Lee Si Young, and Lee Do Hyun.

Sweet Home centers on Hyun Soo, an 18-year-old hikikomori or social recluse who moves into the Green Home after the death of his family. Hopeless to go on with life, he decides to take his own life at the end of the month. This is until one day, when he wakes up to discover that they are being attacked by monsters which take the form of humans’ inner desires.

Together with the other residents of the apartment, Hyun Soo must find a way to survive, all while trying to resist the “monsterization” happening within him.

Just in time for the release of the series today, we got to join the cast and directors in a virtual press conference, and chat with the main leads — Song Kang, Lee Jin Wook, Lee Si Young, and Lee Do Hyung — in a quick roundtable interview.

Check out the highlights below:

On bringing the Sweet Home webtoon to life

In case you didn’t know, Sweet Home is actually based on a successful webtoon of the same name. It’s said to have gained over 100 million views in South Korea alone, while its English-translated version on Naver’s Webtoon has been viewed by over 2.2 million users as of writing.

In fact, almost all the members of the cast have admitted to being fans of the original webtoon even before getting the roles, so they can’t express their excitement enough to see just how Director Lee Eung Bok will bring the monsters to life.

As for what it’s like to bring the world of Sweet Home to life, Director Lee said that he “wanted to make sure that the fans of the original webtoon series were not disappointed” with the adaptation he’ll be creating. That is why he stayed true to the elements of the original story — from the casting of the humans to the creation of the monsters every character will be facing.

On how the stars prepared for their roles

Leading the cast of this drama is Song Kang, who we all met in Netflix’s Love Alarm. For Sweet Home, he’s doing something different from his previous roles, and is going dark as Hyun Soo. Song Kang said that aside from staying true to the “overall outline” of the character on the web series, he also tapped on his “most introverted” and “darkest inner self” to portray Hyun Soo well. “At home, I would constantly think about the character, and what kind of thoughts he would actually have, as well as the deep desire of the hallucinating Hyun Soo in detail,” he said.

Director Lee Eung Bok said once that he wanted to Lee Jin Wook to play the mysterious San Wook — a role that’s very different from his previous ones. To approach the darkness of San Wook, Jin Wook said that he had to physically distance himself from other people when getting into this “very cold-hearted character.” “[I] kind of stay away from these interpersonal relationships to kind of get into feeling what that life would be like.”

As for Lee Si Young, who plays Seo Yi Kyung, her preparations for her character is more on the physical side. Since Yi Kyung leads Green Home when fighting the monsters, she had to undergo physical training to prepare for the action scenes. “I focused on my acting but I also tried to build a very fit physique,” Si Young said. “I tried to do push-ups, pull-ups, tried to roll tires, and [I] did these rope activities where I climb up the ropes.”

On how they created the monsters

Director Lee Eung Bok said that when it comes to the monsters, he wanted to be as loyal as possible to the webtoon, reflecting the desires that turned them into monsters. To make this possible, he worked with top-notch teams like Legacy, Spectral Motion, and Westworld, which were in charge with the VFX that we see in the drama.

Aside from this, Director Lee also worked with the contortionist and Australia’s Got Talent contestant, Troye James, popular for being a “human spider”. According to Director Lee, James came to Korea even before they’ve built the set. “We wanted to do the motion capture [of him for the Tentacles Monster]. We worked with him for about two to three days to shoot that,” he said.

Kim Nam Hee who plays Jung Jae Hoon said that there were times that he himself felt scared of the monsters, but not for reasons you’d expect. “The special effects makeup of the monsters was really high-quality [and] beyond what I ever expect. Sometimes, I was really scared [of it] because, you know, I didn’t want to ruin any of it,” he mused. “One of my concerns [was] because it’s very expensive.”

On preparing and filming the fight scenes

As for what it’s like to be filming on set and fighting all kinds of monsters, Lee Si Young said that while they weren’t able to see the monsters in real life, it was fun for her to act and imagine fighting the monsters. She also credited the director for showing them how the special effects would look like, inspiring them to do better and enjoy the shoot.

Although Hyun Soo is not “a natural-born fighter,” Song Kang went to action school two months before photography started. It was his first time doing wire action, so it was difficult for him to shoot these scenes at first. To prepare himself whenever he needs to do action-heavy scenes, he said that he had to arrive on set earlier than usual so he can discuss the scenes with the action director.

Lee Do Hyun, who plays Eun Hyuk a.k.a. the “Brain of the Operation,” didn’t have many action scenes. Still, though, one of the most difficult ones he did was the fight scene in the underground parking lot. Here, he had to fight off “multiple monsters in a confined space of a car,” underground, and in the middle of winter. “You can imagine how cold it was, and I had to do all these action sequences within a very small confined space,” he shared.

On who would survive a monster attack

Asked about who among the castmates will survive a monster attack if one is to ever happen, the cast of Sweet Home is quick to point fingers at one another. Go Yoon Jung pointed at Lee Si Young, while Lee Si Young picked Go Min Si’s Eun Yoo, “because she is very outspoken and she talks very well. She could probably convince the monster with her verbal skills,” she explained.

Go Min Si picked her on-screen brother Eun Hyuk (Lee Do Hyun) as “he’s very clever, quick, and nimble.” Lee Do Hyun picked Director Lee Eung Bok, who — according to him — could try and talk to the monsters. “While they’re kind of obsessing over what he said, he could run away,” he added.

Finally, Director Lee Eung Bok picked Lee Jin Wook’s Sang Wook as the one most likely to survive the monsters. To this, Jin Wook said that he’ll definitely use his dazzling eyes to survive until the end. “And if my eyes just don’t work, I’ll try and leverage all the available weapons that I have so that I survive,” he cheekily added before showing the press his powerful eyes.

On Sweet Home‘s concept of monsters and humans

One of the things that set Sweet Home apart from other dramas involving monsters is how it seems to explore deeper the idea of what is good and what is evil. According to Director Lee Eung Bok, he really wanted to focus on was the humans. “If you look at the story, Hyun Soo says this line that says, ‘some monsters don’t harm humans.’ I don’t think desires are ll bad, and something that looks like a monster is not always all bad,” he explained.

Adding to this, Lee Jin Wook said that although the monsters are a big part of the series, humans are still at the center of Sweet Home. The drama is about “what we need as humans to live among other humans” and what being a human is really like. He talked about how some people that look like humans are actually worse than monsters, while some monsters “are actually better than some human beings.”

“I think this is a series that makes you think about what it means to be human,” Jin Wook said. “I think it’s meaningful that it sort of poses that kind of question to the audience.” 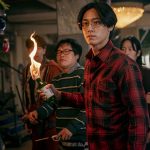 K-Drama Files: 'Sweet Home' and Its World of Humans and Monsters 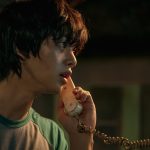 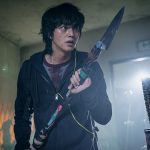