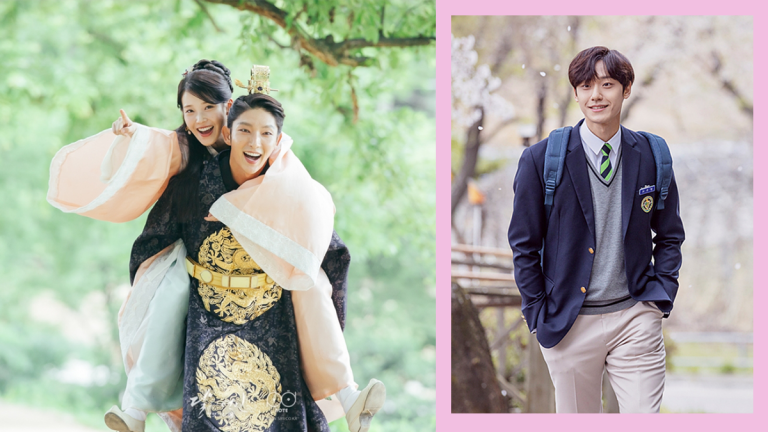 Which of these dramas have you seen already?

Just like how there are K-dramas that are adapted from webtoons, you’d be surprised to know just how many dramas out there are actually based on movies and series from other countries. And while there are some titles that stay loyal as possible to the original material, there are also some dramas that tend to delve away from it, giving a more local and more Korean touch.

Below, we’re listing down 12 famous K-dramas that are remakes of Western and Asian films and series. Check them out below:

Mr. Queen is about Jang Bong Hwan, a Blue House chef in the modern-day who suddenly wakes up in the body of Kim So Yong, a queen from the Joseon Era. As he tries to adapt to the life of So Yong, he meets King Cheoljong, who he is actually keeping secrets and is far from what the history books portray him to be.

Based on: Go Princess Go (China)
Where to Watch: Viu

The World of the Married centers on Ji Sun Woo, a doctor who seems to live a perfect life with her husband Lee Tae Oh and their son Joon Young. Things take a turn for her when she discovers that her husband has been cheating on her and her group of friends has known this all along. She then plans to seek revenge on them, all while trying to fix her broken self.

Based on: Doctor Foster (UK)
Where to Watch: Netflix / Viu / iflix

In the remake of the American series Suits, Jang Dong Gun plays the hotshot lawyer Choi Kang Seok, who hires Park Hyung Sik’s Go Yeon Woo for his photographic memory despite not having a law degree. Though his decision to hire him could jeopardize his career, he still grows attached to his junior, with him showing creativity in handling a case.

Based on: Suits (US)
Where to Watch: Viu

18 Again is the Korean adaptation of the American movie 17 Again, which starred Zac Efron. It’s about Hong Dae Young, whose divorce from his wife led him to feel regretful of his decisions. One night, he suddenly finds himself in his 18-year-old body, and he decides to use this opportunity to re-do his life. When he enrolls in his children’s school and starts befriending his twin children, he realizes that despite having the mind of a middle-aged man, he’s still got so much to learn.

Mother centers on Soo Jin, a temporary school teacher who realizes that one of her students, Hye Na, is being abused. She impulsively decides to kidnap her, so she can care for her and act like her substitute mother.

Based on: Mother (Japan)
Where to Watch: Viu

In The Good Wife, Yoo Ji Tae plays the successful Lee Tae Joon whose future has been looking bright, up until he gets arrested for being involved in a political scandal. Because of this, his wife — Jeon Do Yeon’s Kim Hye Kyung — resumes her career as an attorney after a 13-year break to find her true identity.

Based on: The Good Wife (US)

Designated Survivor: 60 Days follows Park Moo Jin, the country’s Minister of Environment despite having no ambition and political sense. Things take a turn for him when a terror attack happens at the National Assembly during the president’s address, killing many officials and leaving him as the highest-ranking government official alive. Although he doesn’t want the position, he must sit as the acting president for 60 days, all while chasing the ones responsible for the attack.

Based on: Designated Survivor (US)
Where to Watch: Netflix

Moon Lovers: Scarlet Heart Ryeo is about Go Ha Jin, who wakes up in the Goryeo Dynasty as Hae Soo after a solar eclipse. She then meets the princes of the Wang family, gets caught in the middle of their fight for power, and ends up falling in love with the prince who everyone fears.

Based on: Scarlet Heart (China)
Where to Watch: Viu

Life on Mars is about Han Tae Joo, who has been leading the crime investigation team in the present day. It all changes when he gets involved in an accident while investigating a serial murder case. When he wakes up, he finds himself in the winter of 1988, and he learns that he’s now a detective working at a police station in a small city. He must then try to solve the case to be able to go back to the present.

Based on: Life on Mars (UK)

Criminal Minds is about a group of profilers from the fictional National Crime Investigation Team. It centers on Kang Ki Hyung who returns after a hiatus and finds himself drawn into a serial murder case. To work on the case, he must collaborate with the police’s Violent Crimes Unit, where he meets the officer Kim Hyun Joon.

Based on: Criminal Minds (US)
Where to Watch: Viu

A Love So Beautiful

A Love So Beautiful is about Shin Sol Yi, a cheerful high school girl who’s been crushing on her neighbor and childhood friend Cha Heon. Things change between the two of them when the talented swimmer and transfer student Woo Dae Sung enters the picture and becomes closer with Sol Yi.

Based on: A Love So Beautiful (China)
Where to Watch: Netflix

Mistress tells the story of a group of four girlfriends who are all in their journey to self-discovery. The drama centers more on Jan Se Yeon, who, after her husband’s death, has lived with her daughter. It’s then that she begins receiving unknown phone calls and mysterious things start to happen around her.

Based on: Mistresses (UK)

Homestream images are from SBS and JTBC.

A Love So Beautiful