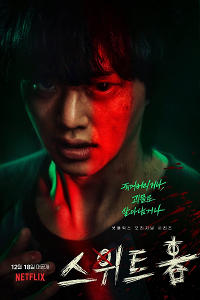 Following the death of his family in an accident, loner Cha Hyun-soo moves to a new apartment. His quiet life is soon disturbed by strange incidents that start occurring in his new building. As people turn into monsters, Hyun-soo and other residents try to survive.

[About:]
Sweet Home is an upcoming South Korean television series starring Song Kang, Lee Jin-wook, Lee Si-young and Lee Do-hyun. Based on a completed webtoon of the same name by Kim Kan-bi and Hwang Young-chan, it is set to be released on Netflix on December 18, 2020.