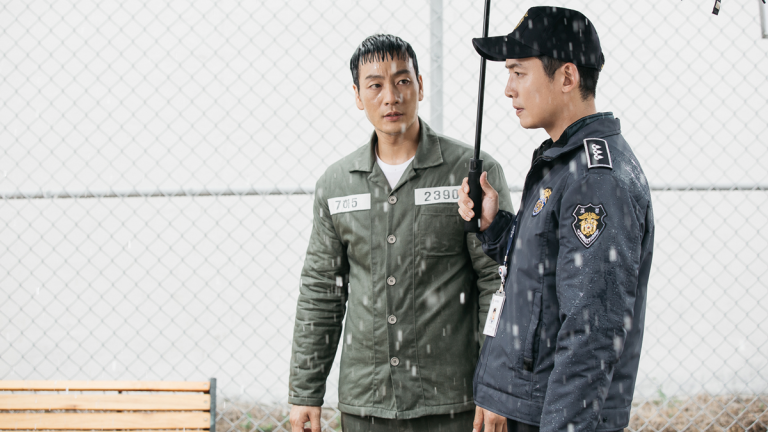 This drama comes from the director of the 'Reply' series and 'Hospital Playlist'!

With all the good K-dramas premiering almost week after week, it’s definitely hard to keep up with the new ones, as well as the already-completed ones that have been sitting in your binge lists for the longest time. However, just like every binge-watcher out there, you’re probably still on the lookout for more dramas to add to your never-ending lists. If that’s the case, then we’ve got your back!

For this week’s K-drama files, we put the spotlight on Prison Playbook, and why you should watch it!

Prison Playbook centers on the famous baseball player Kim Je Hyuk, who was arrested for using excessive force on a man who was trying to sexually assault his sister. While serving his time in prison, he reunites with his childhood friend Lee Joon Ho, who was once a baseball player and is now a prison guard at the penitentiary he’s in.

The drama revolves on Je Hyuk’s time in prison, the prisoners and prison guards he meets there, as well as his friends and family from outside of prison.

Park Hae Soo plays Kim Je Hyuk, a well-known left-handed pitcher who’s always seen to be a dimwit and is only good at baseball. You may have seen the actor in his roles in Time to Hunt, The Legend of the Blue Sea, and Six Flying Dragons.

Jung Kyung Ho, on the other hand, plays Lee Joon Ho, Je Hyuk’s best friend who was also once a talented baseball player. However, due to a car accident, he gives up on his dreams and becomes a prison guard. Some of the actors previous projects include Hospital Playlist, Life on Mars,and When the Devil Calls Your Name.

Joining the two leads in this drama Choi Moo Sung (Reply 1988), Lee Kyu Hyung (Hi Bye, Mama!), Kim Sung Chul (Do You Like Brahms?), Jung Hae In (One Spring Night), and Park Ho San (My Mister), who all play Je Hyuk’s cellmates in the penitentiary.

… want a heartwarming drama about prison life to kickstart your 2021 binge-watch sessions. This 16-episode drama comes from Shin Won Ho, the same director of the Reply series and Hospital Playlist, so you can already expect the same kind of heart and humor in this show from the get-go.

One thing you’ll love about this drama is how it not only focused on Je Hyuk, but also those around him — from his cellmates to the prison guards. And despite these people being convicted as criminals, the show doesn’t portray them as just that. They’re not just gangsters, scammers, and junkies, but actual people who have a light and dark side to them.

Even the officials like Lieutenant Paeng and Warden Kim Young Chul are not just portrayed as the power-tripping prison guards, but also as those who genuinely care for the people in their facility.

Just like all of other Shin Won Ho’s other works, what makes this drama memorable is the relationships formed in the facility. Je Hyuk and Joon Ho’s bromance is so nice to watch, especially when Joon Ho looks out for his best friend and helps him train so he can go back to playing baseball again after serving his time.

The brotherhood in Je Hyuk’s cell is also something that you will adore in this drama. Despite having extremely different quirks and personalities, these people still manage to make each other’s time in prison just a bit more bearable and fun. They may banter and annoy each other most of the time, but they also don’t think twice about protecting each other when needed.

Prison Playbook is streaming on Netflix.

Homestream image is from TVN.

ALSO READ
K-Drama Files: ‘Lovestruck in the City’ is a Unique and Mature Drama About Finding Love