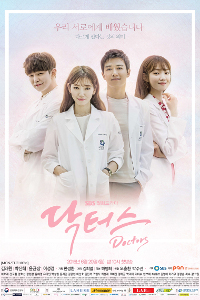 Yoo Hye-jung (Park Shin-hye) was a headstrong girl in high school with a prickly, gangster personality. Due to her many childhood scars, Hye-jung keeps her heart closed towards other people. However, she changes after meeting her mentor Hong Ji-hong (Kim Rae-won), who plays a key role in transforming her life from a "hopeless" delinquent to a compassionate doctor. They part ways subsequently but meet again after 13 years, when Yoo Hye-jung had become a doctor.

The drama was a hit and averaged 18.40% in audience ratings. In particular, Park's character as a troubled teenager turned charismatic doctor was very popular among the audiences for her action scenes and straightforward lines