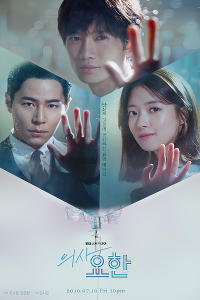 Cha Yo-han (Ji Sung) is a doctor of anesthesiology. He is arrogant, but he is a genius at his work. Kang Si-young (Lee Se-young) is a resident of anesthesiology who works with Cha Yo-Han. She is smart, warm and listens carefully to her patients. People, with mysterious acute or chronic pain come to the hospital. There, Cha Yo-han and Kang Shi-young try to find the causes of their pain.

[About:]
Doctor John is a 2019 South Korean television series starring Ji Sung, Lee Se-young, Lee Kyu-hyung and Hwang Hee. It is based on the Japanese novel On Hand of God by Yo Kusakabe and aired on SBS from July 19 to September 7, 2019 and is available for streaming on Netflix.

A recurring theme throughout the series is the debate over euthanasia.