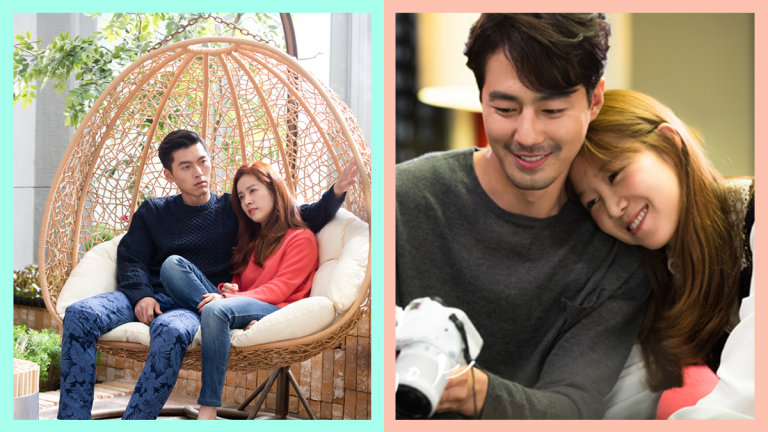 It’s Okay To Not Be Okay is one of the K-dramas that are trending in the Philippines right now, and with its story and concept, there’s no really denying why a lot of Filipinos love it. The show, which stars Kim Soo Hyun and Seo Ye Ji, puts the spotlight on two people who heal each other’s traumas and wounds as they get closer.

While waiting for the next episode to arrive this weekend, there are probably fans who are looking for shows to watch that are just as entertaining and as healing as IONTBO. No need to look further now as we give you 10 K-dramas to watch if you love It’s Okay To Not Be Okay:

In Hyde, Jekyll, Me, Hyun Bin plays the third-generation chaebol Goo Seo Jin who has a split personality disorder. While one side of him is kind and gentle, there’s another side of him that’s cold and ruthless. Wanting to remove the circus show at the theme park he runs, he meets Jang Ha Na who is determined to save the circus and bring it back to its former glory.

Stream it on Netflix

In this medical drama, Park Shi On is a doctor with autistic savant disorder, and a mentality of a 10-year old. Despite this, he uses his abilities to be a good pediatrician, overcoming the discrimination by his workmates and the society he’s in.

Just like It’s Okay That’s Love, this drama starring Jo In Sung and Gong Hyo Jin talks a lot about mental health and healing. It centers on the mystery novelist Jang Jae Yeol and the psychiatrist Ji Hae Soo who meet after guesting on a talk show that talks about the criminal minds. Although their personalities clash, the two eventually help each other recover and move on from their scars.

Extracurricular centers on shy model student Oh Ji Soo who lives a life of crime as his way of getting the money to get to college and live a normal life. While this may, of course, be darker than IONTBO, this drama basically explores the idea of how the actions of one’s parents affect the life of someone as they grow old.

Romance is A Bonus Book

Romance is a Bonus Book centers on Kang Dan I, a single mother trying to find her way back in the publishing world after leaving the industry to care for her daughter. She ends up working on her best friend Cha Eun Ho’s company, where she slowly found her passion again.

While this is definitely not as dark as IONTBO, it’s worth a watch for those who find themselves curious about the publishing industry Ko Moon Young works at.

When it comes to strong and independent female leads with impeccable fashion taste, the other person that can match Moon Young is Hotel Del Luna’s Jang Man Weol. Both dramas also have two male leads who are quiet and shy but are able to handle and deal with the female lead, while still letting her shine in her own way. The drama also tackle the concept of healing, although Hotel Del Luna mainly heals the souls of people who have passed.

Kill Me, Heal Me

In Kill Me, Heal Me, Cha Do Hyeon is a billionaire whose personality is scattered into seven identities. Wanting to control his life again, he asks for the help of psychiatric resident Oh Ri Jin, but she ends up falling in love with one of his identities.

Seo Ye Ji stars in the psychological thriller drama Save Me. Here she plays Sang Mi, who moves with her family to a place where they know no one. It’s there that she and her family get involved in the world of the pseudo-religious cult, and there’s no one to save them but the four young men who they have recently just met.

Come and Hug Me is a story of two people who were each other’s first love, but were separated because of a tragic incident. Years pass, and the two cross paths again and despite still being in love with each other, the sadness and scars from their past still come back to hinder them from pursuing their feelings.

Mystic Pop-Up Bar is a fantasy drama about bar owner Weol Ju who can enter the dreams of her customers to rid them of their burdens. Tasked to help 100,000 souls, she enlists the help of Kang Bae, a part-timer with the ability to see people’s sorrows. The show also tackles the concept of healing through the abilities of the two main characters.

Do you have any other recommendations? Share with us your favorite K-dramas in the comments below!