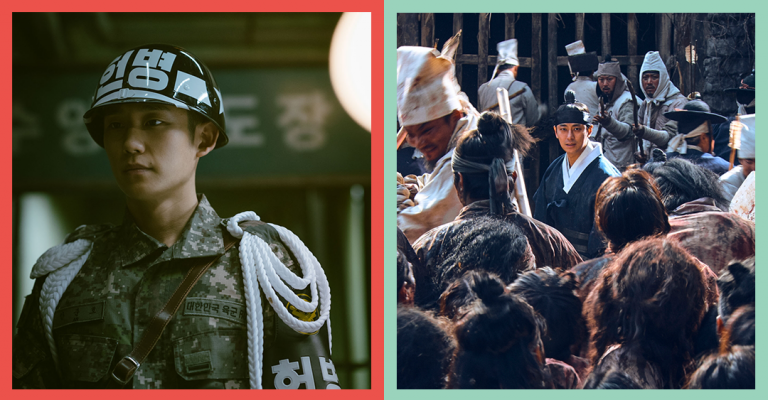 We got to join her in a press conference during Netflix's See What's Next event.

ICYMI, Netflix Korea has unveiled their 2021 content slate in their recently-concluded See What’s Next event last Thursday, February 25. This is after such a successful 2020, which saw the rise in popularity of numerous K-content titles like Crash Landing On You, Kingdom, and Sweet Home all over the world. This year, the streaming site will continue to give fans a wide variety of titles to stream — from dramas and films to reality shows and even stand-up specials.

Aside from announcing their lineup for the year, we also got to join Kim Min Young, Netflix’s Vice President for Content, in a press conference. Here, she elaborated more on how they choose which stories to tell, diversity on K-dramas, their “surprise” K-drama fan-favorite, and more.

Kim Min Young said that 2021 is gearing up to be one of their strongest years so far when it comes to Korean content. Lined up for the year are films like Moral Sense and Carter, as well as star-studded dramas like The Silent Sea, D.P., Squid Game, and the highly-anticipated Kingdom side episode, Kingdom: Ashin of the North.

Following the success of shows like Busted! and Twogether, Netflix also announced that they will “bring more unscripted content to audiences around the world” through Chef Paik Jong Won’s upcoming reality series Paik’s Spirit. Kim also said that they’d be “branching out into sitcoms through shows like So Not Worth It.”

Recipes of a good K-drama

With all the love that K-dramas have been receiving lately, it’s only natural that people would wonder just what makes them so catchy and addicting. For Kim, there are three things or recipes that make a good K-drama. These are diversity, production quality, and the ability to resonate with a variety of variety.”

In terms of diversity, Kim mentioned the wide variety of genres that Netflix offers — from The King: Eternal Monarch and Crash Landing on You to Sweet Home and The Uncanny Counter. “What appeals to a lot of our audience is that they can actually enjoy these diverse content and stories.” She added that while Netflix is “not going to have all the Korean content in the world,” they want to make sure that they still have “the best ones” that would entertain their audience.

As for the production quality, Kim explained that the production value of K-dramas has evolved and improved over the years. Because of this, the Korean entertainment industry is now “able to produce top-notch” shows that are at par with the content from other countries.

Lastly, Kim mentioned that the strongest point of K-dramas is their relatability. “Korean shows are very good at helping our audiences resonate and relate to the show by being able to describe emotions in a very detailed way,” Kim said. This applies to K-dramas of all genres and stories so people “will have at least a couple of shows that they can really relate to.”

Kim believes that what makes a drama — licensed or original — “travel” across different countries is its authenticity. She said that it’s what they really look into as it’s a way for the audience to “see themselves” and relate with the stories that they watch.

Instead of differentiating which shows would appeal to an international and a local audience, Netflix makes sure that they create a show that’s authentic to the local audience, but will also resonate with audiences outside. ” Some of these topics can be local,” Kim stated, “but those emotions in those shows are universal.”

Looking for stories during the pandemic

Kim admitted that just like every other company, last year was a tough one even for Netflix. This is especially true when it comes to communicating with creators, who they could only talk to through Zoom, Hangout, or phone calls “without actually being able to see and communicate.”

From all the K-dramas and K-movies that they released in 2020, Kim said that there are 2 titles that she didn’t expect would be received well internationally — The Uncanny Counter and #Alive.

“The Uncanny Counter was one of the shows that we didn’t expect to travel and appeal to our audiences as much as it did,” Kim said. However, because the show “had a great script, great characters, great actors,” the show worked well even to viewers outside Korea.

As for #Alive, she said that although they knew it was “going to do well in Asia,” they didn’t really expect it to be as big as what it is. She added that it was “interesting” to see how audiences from different countries receive the film after its launch.

On diversity of talents in K-dramas

After seeing the international talents in Space Sweepers, fans of K-content start to think and wonder if this is a start for them to see a more diverse cast in future Korean titles. With this, Kim was quick to answer yes, saying that the K-drama Mr. Sunshine also showed this possibility when it first premiered on TV and on Netflix.

“The thing about Mr. Sunshine and Space Sweepers was that it really had that international element,” she explained. “But culturally and emotionally, it really appealed to the local audience, and it was perceived as an authentic local show.”

According to Kim, aside from appealing more to markets outside South Korea, having a diverse cast and characters also helps in making the story resonate with more people. “I do see that there are possibilities to see characters and on-screen talent from different parts of the world — not only on our Western talents, but I think [talents] from all over the world,” she said.