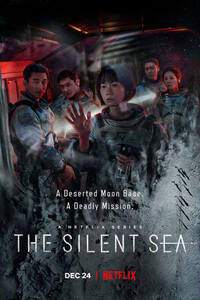 Mystery, Sci-Fi, Thriller
Be the first to rate this

It is a futuristic story where future Earth that has undergone desertification. The story revolves around members of a special team sent to secure a mysterious sample from an abandoned research facility, Balhae Base research station on the moon.

[About:]
The Silent Sea is an upcoming South Korean sci-fi mystery thriller web television starring Bae Doona, Gong Yoo and Lee Joon. The series is an adaptation from the 2014 short film The Sea of Tranquility written and directed by the Choi Hang-yong who will conduct direction again. It is scheduled to be released on Netflix.