The upcoming Netflix K-drama reunites the two actors in a top-secret romance tale between a rich South Korean heiress who crash-lands in North Korea by accident, and an elite North Korean military officer who discovers her.

Netflix's latest K-drama is a star-crossed love story of a couple from different elite backgrounds, and reunites two seasoned Korean actors Hyun Bin and Son Ye-Jin, who previously worked together in the 2018 film The Negotiation.

Crash Landing On You is the top-secret romance tale of Yoo Se Ri, a South Korean heiress and fashion mogul who meets North Korean military officer Lee Jung Hyeok when she accidentally crash-lands in North Korean territory while paragliding. Now streaming on Netflix, the show was heavily promoted in Seoul with its recent press junket, allowing the media to discover more about the series in a press conference and exclusive roundtable interview.

We just wrapped up the press conference of Netflix KDrama ‘Crash Landing on You’ here at Seoul! Director Lee Jeong-hyo is joined by the cast: Hyun Bin, Son Ye-jin, Kim Jung-hyun, and Seo Ji-hye. When a rich South Korean heiress crash lands in North Korea and is found by an elite military officer, destiny and budding romance intertwine despite national borders and ideologies. The series launches on Netflix this Saturday December 14th, so add this to your binge-list this holiday season! #CrashLandingOnYou @netflixph

The two lead actors sat with ClickTheCity and select Philippine press for a Q&A session, letting us into the world of Yoo Se Ri and Lee Jung Hyeok: 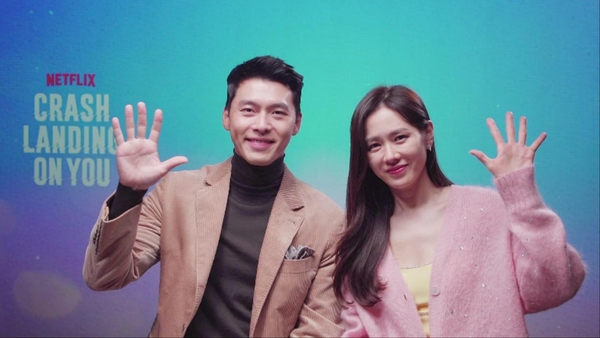 This question is for Son Ye-Jin. You play the role of an heiress who is like a Paris Hilton of Hollywood. Does this mean that we can expect a lot of fashionable moments from you in the series?

Son Ye-Jin: "Yes, definitely. And fortunately during the first episode I'll show you the fancy and very beautiful wardrobe of Yoon Se-ri the CEO. But unfortunately in the first episode I also crash land in North Korea, meaning that I'm going to have to be surviving in North Korea in a single outfit. So you should be able to see the difference between the very fancy outfits as CEO and of course the North Korean style wardrobe."

Can you share to us any stories that happened during the filming?

Hyun Bin: 'We shot in both Switzerland and in Mongolia. And we had scenes where it would be an inter-take between North Korea and South Korea. And obviously, we can't shoot these scenes actually in North Korea. So there were a lot of these props that had to be created. There was also a scene where we do a scene with a train in Mongolia. Actually, we were able to get an actual scene of an actual train traveling from Mongolia, to North Korea, from North Korea to Mongolia. So those kind of things were very interesting on a personal level, for me. A lot of the props and a lot of the situation that arise due to the fact that we had to shoot scenes in "North Korea," and also the set we created is a set based on the North Korean village. So these were all the things that were very interesting for me, and hopefully the viewers will be able to see that and feel that as well.'

How was it working together, both for first time and the second time around?

Hyun Bin: "When we were shooting The Negotiation, we were in a conflict situation, we were opposing against each other. And also we were in separate areas in terms of the actual shooting. So it was quite different for this one, because this show, it's a lot more bubbly, it's a lot more fun. And there were also scenes where we shoot the scene together on screen. So it's really a lot more fun for us. And also because it's our second time working on something, it was better for us to share different ideas and how to make each scene better. So I think I'm having a lot more fun this time."

Son Ye-jin: "I think it's a little bit more complex than just to say that it's better because it's the second time working together. I think there's a lot of positivity in that we are able to create these characters and these very unique roles together. First of all, it's a rom-com. But it is a story of two people getting to know each other and falling in love despite very difficult circumstances. So we could say that it's almost a rom-com melodrama fantasy. And all of these areas have to be shown through our acting, meaning that it requires a lot of depth in our acting skills as well. And in that sense, I think we both really worked hard on it, and it was a great opportunity to do so, and I really loved the opportunity."

For Son Ye-jin, what do you think of the line 'Sometimes even the wrong train can take you to the right destination' in relation to the story?

Son Ye-jin: "I think that, although our drama is just as I said, it's a romantic comedy and a melodrama and fantasy, I think it has insight into all human life and all humans. In particular, it conveys the idea of separation of the two countries currently, of our peninsula. And secondly, life is always unpredictable for everyone around the world. And there's a sense of destiny and serendipity, and coincidence in our lives. And sometimes we feel that we are in a wrong train, but it also takes us to the right destination. And sometimes we could feel like we took the right train, but it could actually lead to a bad or wrong destination. And so I think that kind of message is the message that we want to convey ultimately through our drama series."

What do you really think of the story about a North Korean military officer falling in love with a South Korean heiress?

Son Ye-Jin: "I think that it's something that could happen. I mean, why not? You know, if it weren't in North Korea, of course, maybe a third country, maybe? If it were, maybe they could fall in love. Who knows? I think life is like that–it doesn't always go as we planned and you know, it's always unpredictable. So I feel that life is also marked with destiny and coincidences and serendipity. So I feel that it's something that could happen."

Hyun Bin: "I also feel the same way and of course once we are reunited, it would be a greater possibility."

If you can crash land anywhere in the world, where would you crash land and what will you bring along with you?

Hyun Bin: "Hopefully it's somewhere completely new, somewhere. I haven't traveled before either for a trip or to shoot anything. And hopefully there's some nature around me. I would love that. And also maybe as for the objects? My cell phone, passport, and cash."

Son Ye-Jin: "South Africa. I would love to crash land in Africa. It's actually one of the agendas on my bucket list. And also I really love animals! I would love to visit Africa and hopefully I could take with me a notebook, so that I could write a diary."

'Crash Landing On You' is now streaming on Netflix, where episodes will be added weekly. 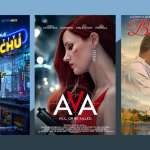 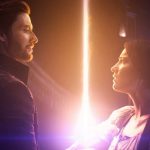