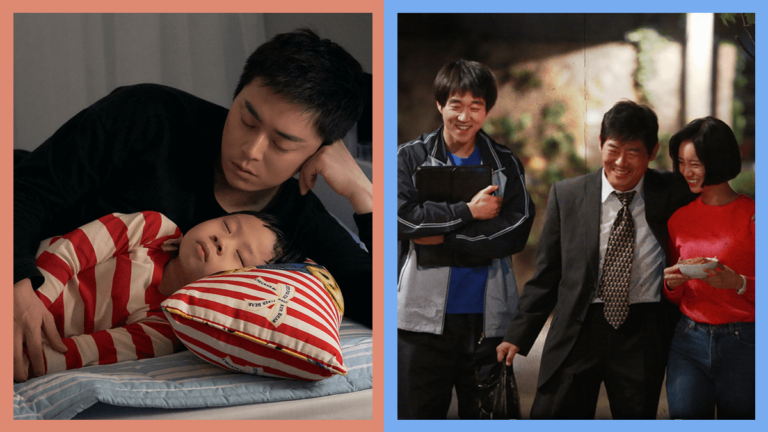 K-dramaland has given us all sorts of fathers and father figures throughout the years. There’s the rich dad who’d make sure to do everything he can to succeed, even if that meant putting their family last in everything, but there’s also the kind and loving ones who are imperfect but still do their best to give the best to their families and loved ones!

While all the parents of Reply 1988 should all receive the award for being the best parents, one of the parent characters we can’t help but root for is Bo Ra, Duk Seon, and No Eul’s dad, Sung Dong Il. Everyone who’s ever watched the series would know just how loud and nosy his character is. He yells a lot, scolds his kids way too much, and prioritizes helping those who are in need instead of his own family.

However, as we get to know him more, we learn that — like all fathers — he’s just overprotective of his children. He might not be as showy as the others, but he sure has his own way of making his love for his children known. It can be in the way that he buys Duk Seon cake when everyone’s forgotten her birthday, or in the way that he chooses to wear the shoes Bo Ra gave him at her wedding, even if the pair is way too big for him.

Hospital Playlist‘s Ik Jun is another father character who we can’t help but love. He’s a single dad to U Ju, and despite being so busy at work, he never fails to make his son feel like he’s his whole uju (which is Korean for “universe,” fyi!). He always finds time to bond with him, may it be over a couple of Egg Drop sandwiches or over multiple sticks of corndogs. U Ju is definitely growing up to be both cute and cheekily adorable, and we all have to thank Ik Jun for raising him that way!

Here’s to hoping we get to see more Ik Jun and U Ju moments for season 2, right?

Park Saeroyi and his father’s storyline in Itaewon Class wasn’t really prolonged in the drama because of ~things~. However, just from one episode, we already get to have a glimpse of what their relationship was like, as well as what kind of father Sung Yul is to Saeroyi. He’s a man who stands by his principles, and he doesn’t let anyone else trample over him and his son even if it meant putting his career on the line.

We may not have seen Sung Yul for more episodes, but he did become Saeroyi’s driving force to fulfill his dream of opening his own restaurant. Thanks to him, too, Saeroyi grew up to be the determined and principled man that he is, able to succeed and prove himself to those who have belittled him.

Played by Lee Do Hyun and Yoon Sang Hyun

18 Again‘s Hong Dae Young is young when he became the father to twins and the wife to Jung Da Jung. Despite his young age and his dreams of excelling in basketball, he chose to let his dream go to find a job and support his family. And even when he was given a chance to go back to being young, he still chose to be close to his twins so he can protect and help them when they need it. Although his children don’t usually notice and acknowledge his efforts as a father, he still doesn’t fail at showing them his love and care in his own and subtle way.

If you need a reminder of just how much Dae Young loves his children, you can always go back to the famous umbrella scene that just doesn’t fail at giving us feels!

Where to Watch: Netflix / Viu / iQiyi

Played by Park In Hwan

Another K-drama dad we’ve been adoring recently is Navillera‘s Shim Deok Chul. Life was hard when he was younger, raising three children with his wife, Hae Nam. However, despite this, he still tried hard to give his children the best life that they could possibly have given the circumstances. Now that he’s old, he tries to fulfill his dream of doing ballet, and he becomes the father figure to Lee Chae Rok — his young ballet teacher. Deok Chul filled in the spot that Chae Rok’s father wasn’t able to fill in for years, supporting him to achieve his goals and protecting him from those that try to hurt him.

Hwang Yong Shik of When the Camellia Blooms

While there are technically two fathers in When the Camellia Blooms, the one who we can’t help but root for is our dorky neighborhood cop, Hwang Yong Shik. Soon after he found himself smitten with Dong Baek, he willingly accepted her and her son, Pil Gu, and made it his mission to keep them safe from the serial killer lurking in their neighborhood. Yong Shik may not be Pil Gu’s biological father, but he took care of and protected him as if he were his real son.

And when Pil Gu got in a crisis during that one baseball game, he didn’t think twice in coming to Pil Gu’s rescue, defending him from those that’s been threatening him and reminding them not to mess with a “Man with a Drone” again.

Move to Heaven’s Han Jung Woo is another character who we wish we had seen more of over the course of the show. Still, even with his lack of appearance, we got to see just how much of a great father he is to Geu Roo and a great person to the people around him. Thanks to him, Geu Roo, the baby who was abandoned in the middle of winter found a home and a family, and he ended up growing up as a smart and kind-hearted young man. Even after his passing, Geu Roo was still able to take with him the lessons that he learned from his dad, enabling him to continue doing their trauma cleaning business.

Kim Hyun Cheol of Youth of May

Youth of May is a drama set during South Korea’s Martial Law era, and so it’s easy to understand just why Myung Hee’s father, Hyun Cheol, was so strict and protective of her. His character has been through a lot of things when he was young, and it was clear that he didn’t really want her daughter to experience the things that he went through. He may have been vocal about being against Myung Hee and Hee Tae’s relationship at first, but we learn that he was just trying to keep her daughter from getting hurt because of Hee Tae and his complicated, pro-government family.

If there’s one thing his character did in the drama that would always stay with us for longer, it’s the fact that he didn’t think twice in going to Gwangju upon learning just how dangerous things have gotten in the city. He even walked from Naju to Gwangju just so he can pick his children up and keep them safe, even if that meant risking his life.

Choi Jeon Gap of Fight For My Way

Choi Ae Ra’s dad, Jeon Gap, is one of the two dads we’ve come to love in Fight For My Way. We didn’t see much of him in the drama, but when we did, it’s for him to show his support to Ae Ra and her dream of becoming an MC, no matter how far it is. Just like other dads out there, he just seems to know how Ae Ra feels or what she needs even without her saying anything, and he’s willing to go far and wide for her to be able to provide for her.

Pinocchio may have its fair share of bad moms, but we’re thankful enough that we’ve got amazing dads to balance it all out and give us wonderful dad-child relationships. One particular character that we love is In Ha’s dad Choi Dal Pyeong. Although he’s grumpy and ends up bickering with his daughter most of the time, he also makes sure she feels his love and support no matter how hard things might get. He’s proof that dads will always have our backs, even if we feel like no one’s there for us!

Homestream images are from TVN and Netflix.

Fight for My Way