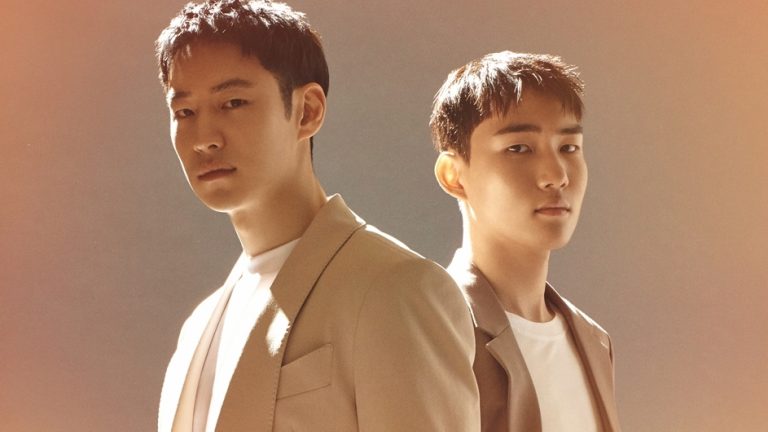 This heartwarming new drama tells the story of the living and those who have passed.

Netflix’s newest K-drama is a heartwarming one that tells the story of trauma cleaners who pass on the messages of the deceased. Move to Heaven — which stars Lee Je Hoon and up-and-coming stars Tang Jun Sang and Hong Seung Hee — is now streaming on Netflix!

The 10-episode drama follows Tang Jun Sang’s Han Geu Roo, a young man with Asperger’s Syndrome, who is brought under the care of his Uncle Sang Gu after his father passes away. The two then take over his trauma cleaning service, clearing out the possessions and uncovering the stories of those who have died. They then work together to deliver the messages of the deceased to their loved ones.

Just in time for today’s premiere, we got to chat with leads Lee Je Hoon and Tang Jun Sang, as well as director Kim Sung Ho, in a roundtable interview. Here, they talked about the new drama, their characters, and the stories that people should look forward to.

Check out the highlights from the chat below:

Move to Heaven is actually based on an essay about trauma cleaners. What is something about Kim Sae Byul’s original essay that inspired you to direct a drama like this?

Director Kim Sang Ho: The essay is full of actual stories, so they are very heartbreaking. There’s one episode regarding a family picture. The trauma cleaners deliver a family picture to the bereaved family, but they just threw it away. When they [did], the glass breaks, and inside there was a letter from the deceased. This is actually a real story, but it’s very difficult to put into a series or TV drama.

What I thought was most important was authentically portraying these emotions. That’s the most difficult part and that was a challenge that I hoped I could convey from these essays.

Director Kim Sang Ho: Trauma [cleaning] is something that could happen in modern society only because some of our neighbors could pass away, but [people] might not know of this death or there’s nobody to take responsibility for their death. I think that Move to Heaven is a case in point of how alienated [we are] and how we live in a siloed society. This basically shows the current circumstance and there’s a lot of very real instances [in the drama]. I think it’s kind of also like a documentary in the sense that it shows some very real and authentic episodes.

From your past role as a Korean soldier in Crash Landing on You, how drastic was the switch to being a trauma cleaner in this drama, especially in terms of preparing for the character?

Tang Jun Sang: In Crash Landing On You, I prepared for the North Korean dialogue, but for Move to Heaven, acting out Geu Roo, I had to memorize the stingray chants and the very long lines. Because he has Asperger’s, I wanted to prepare and set the tone, his behaviors, and every little detail. That’s where I put the most effort in.

What was the most challenging aspect of portraying your character, Sang Gu?

Lee Je Hoon: The most challenging thing about acting Sang Gu was that he’s an illegal fighter. He’s very famous for being bad so I wanted to get ready physically and show the viewers physically that I’m this kind of tough guy so I worked really hard, I had some boxing training. I think if you look at this series, you can really see the tough look on me, and I’m very curious how people would react.

Move to Heaven discussed the stories of so many people who requested a trauma cleaning service. What was the hardest for you to shoot?

Lee Je Hoon: I think the hardest part was when I first came to Move to Heaven, and I encounter the job for the first time because I had a lot of prejudice. So we clean up the House of the Dead and what to do after that. I had various questions, especially in the first episode. There was a lonely death of an old lady, and the set was very realistic, so I was a little bit surprised. I had this question of how [I should] cope with these feelings, and how [I should] act out his part. Because the set was so realistic, I think I could really act out in a realistic way.

What is the main takeaway that you want viewers to have after watching the show?

Director Kim Sang Ho: As I was making the show, I just thought I didn’t want my viewers to be too heartbroken about the series. What I wanted to do and what I want to be the takeaway is that maybe it’ll be an opportunity for the viewers to take a look around them. Look at their family, their neighbors, and friends, and maybe say a word. Because of the COVID situation, it’s been hard for everyone for the last one or two years. I think maybe just saying “hello” could be a consolation to people.

Why do you think people should watch Move to Heaven?

Lee Je Hoon: When I was filming, usually when I watch other works, I usually think, “I enjoy this show. I consumed the show.” But for Move to Heaven, I think it was kind of like a trigger where I looked back on my own life and I got to look around me. So when I was little, we were pretty close with our neighbors. We would say hi to everyone. But now, if we meet someone new at the elevator, we keep our distance. I think that is a little sad, and we’ve become a little too dry. So through this drama, I could feel that this warmth is really precious in society. I hope other people could feel that too by watching this series.

Tang Jun Sang: Within the series, it’s kind of like a documentary. It’s like a drama, but there are various fun and very heartwarming episodes, so you should watch it.

All 10 episodes of Move to Heaven are now streaming on Netflix. 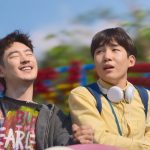 WATCH: Netflix Unveils the Trailer to the Heartwarming New K-Drama 'Move to Heaven'

This new drama about trauma cleaners premieres on May 14! 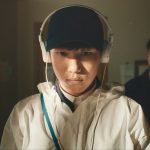 WATCH: The Teaser to Netflix's 'Move to Heaven,' Premiering This May 14