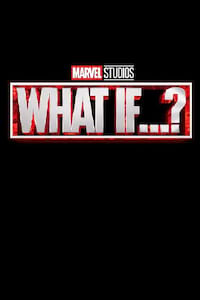 The series explores what would happen if major moments from the Marvel Cinematic Universe occurred differently.

[About:]
What If...? is an upcoming American animated anthology series created by A.C. Bradley for the streaming service Disney+, based on the Marvel Comics series of the same name. It explores what would happen if major moments from the films of the Marvel Cinematic Universe (MCU) occurred differently. The series is produced by Marvel Studios, their first animated series since becoming their own production company. Bradley serves as head writer of the series, with Bryan Andrews directing.

Jeffrey Wright stars as the Watcher, who narrates the series. By September 2018, Marvel Studios was developing a number of series for Disney+, and one based on the What If...? comic was first reported in March 2019. The series was officially announced a month later, with many characters in the series set to be voiced by the actors who portray them in the films. Marvel Studios' head of visual development Ryan Meinerding helped define the series' cel-shaded animation style, which was designed to reflect the films. Half of the first season's animation is provided by Squeeze, with Stephan Franck serving as head of animation.

What If...?'s first season is expected to be released in mid-2021, and will consist of 10 episodes. It will be part of Phase Four of the MCU. A second 10-episode season is in development.