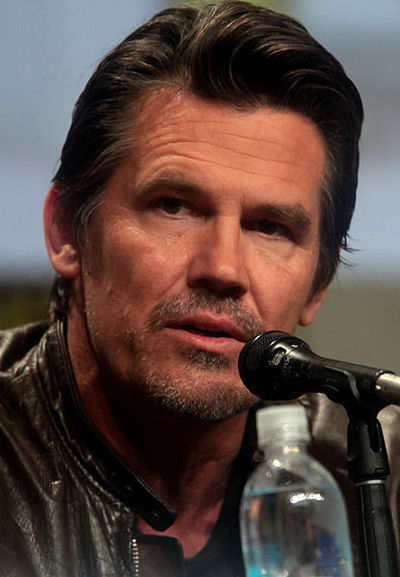 In 2008, Brolin was cast as George W. Bush for the biopic film W.. The same year, he played Dan White in the film Milk. He played the title character in the 2010 film Jonah Hex and appeared in the films Wall Street: Money Never Sleeps and True Grit, both also in 2010. Brolin was cast as the young version of Agent K in the 2012 film Men in Black 3. He's also been in Gangster Squad (2013), Labor Day (2013).

In 2014, through voice acting and performance capture, he was cast, uncredited, as the villain Thanos in the Marvel film Guardians of the Galaxy. He also played Dwight McCarthy in the 2014 sequel, Sin City: A Dame to Kill For.

Brolin was born in Santa Monica, California, the son of Jane Cameron Agee, a wildlife activist who was a native of Corpus Christi, Texas, and actor James Brolin. Brolin was raised on a California ranch with little exposure to his father's acting career. His parents divorced when he was 16. His stepmother is singer/actress Barbra Streisand. He became interested in acting after taking an improv acting class in high school.

Brolin explained in a 2014 interview that during his teenage years, he was a member of a surfing friendship group who called themselves the "Cito Rats." In his description of the group, Brolin stated, "It was Santa Barbara. It was the '80s. It was punk rock. You either had the children of rich, neglectful parents or children of poor, neglectful parents, so it was a mix. But we basically grew up the same way. I've never seen a group like that before or since." Brolin also admitted to stealing cars to pay for his drug use, which included heroin, a drug that he explained he did not like: "I mean, I never got into it and I never died from it, which is a good thing." The majority of the friends that Brolin grew up with died and the actor confirmed the total number of fatalities as 24.

Brolin started his career in TV movies and guest spots on TV shows before getting a more notable role as Brand Walsh in the Richard Donner-directed movie The Goonies (1985). He was considered for the role of Tom Hanson in the series 21 Jump Street; he and Johnny Depp were the finalists for the role, and at that time the two became close and remained friends even after the role was ultimately awarded to Depp. Brolin guest-starred in an episode of the show in its first season.

Brolin implied that he turned away from film acting for years after the premiere of his second film,Thrashin', where he witnessed what he called "horrendous" acting on his part. For several years, he appeared in stage roles in Rochester, New York, often alongside mentor and friend Anthony Zerbe.

One of Brolin's more prominent roles early in his career was that of Wild Bill Hickok in the ABC western TV series The Young Riders, which lasted three seasons (1989–92).

Brolin wrote and directed the short film X, as his directorial debut. The film, about an inmate who escapes prison to reunite with his daughter and search for her murdered mother, was the opening film at the first annual Union City International Film Festival in Union City, New Jersey in December 2010.

Brolin was married to actress Alice Adair from 1988 to 1994; they have two children, Trevor Mansur (born June 1988) and Eden (born 1994). He was engaged to actress Minnie Driver for six months. He had been married to actress Diane Lane since August 15, 2004. Brolin and Lane filed for divorce in February 2013. The divorce was made official November 27, 2013.