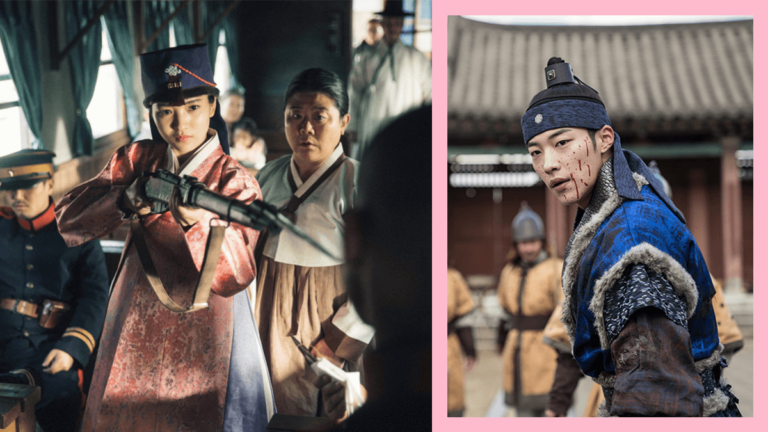 10 Historical K-Dramas That Will Take You Back in Time

There’s so much to love about historical K-dramas. It might be the scheming and the intriguing palace conspiracies, the colorful traditional clothes, the fight scenes, the lovely sceneries, or maybe just the fact that the story is set many, many years in the past.

Below, we’re listing down a list of 10 titles that you might enjoy if you love historical K-dramas and all the elements we’ve mentioned above:

Mr. Sunshine is a drama based on the Shinminyangyo or the U.S. Expedition to Korea in the late 19th century. It tells the story of a Korean boy born into a family of a house servant, who runs away to board an American warship. He later returns to his homeland as a U.S. marine officer, falling in love with an aristocrat’s daughter and discovering the dark scheme to colonize the country he once left.

Chicago Typewriter is a drama set in both the past and the present. It follows 3 revolutionary fighters of 1930s Korea who reincarnated in the 21st century. Now a successful writer, Han Se Joo must write the story of their past lives with the help of his fan Jeon Seol and the ghostwriter Yoo Jin Oh.

Starring in this drama are Yoo ah In, Go Kyung Pyo, and Im Soo Jung.

Six Flying Dragons is another historical drama about the rise and fall of the real and fictional characters around Yi Bang Won — the third king of the Joseon Dynasty. He’s also the father of King Sejong the Great, and he’s known for helping his father, Taejo, establish the Joseon Dynasty. Yoo Ah In, Kim Myung Min, Shin Se Kyung, Byun Yo Han, Yoon Kyun Sang, and more star in this 2015 drama.

The Crowned Clown is set in Joseon, which is in a state of disorder because of the power struggles around King Yi Heon. The drama follows Ha Sun, a clown who looks like Yi Heon, who is taken to the palace to take the place of the king and avoid assassination. As he pretends to be the king, he ends up falling for the beautiful Queen Yoo So Woon.

Mr. Queen is about Jang Bong Hwan, a Blue House chef in the modern-day who suddenly wakes up in the body of Kim So Yong, a queen from the Joseon Era. As he tries to adapt to the life of So Yong, he meets King Cheoljong, who she learns is actually far from how the history books portray him to be.

Tree With Deep Roots is the sequel to Six Flying Dragons. It’s about King Se Jong, who accidentally causes the death of his in-laws and their slaves while trying to save them from King Tae Jong. Ddol Bok, one of the two survivors from the incident promises to return to the palace to avenge the death of his loved ones. When he does, he gets embroiled in a mystery surrounding the deaths of Hall of Worthies scholars.

My Country: The New Age is a historical drama that takes place between the end of the Goryeo period and the start of the Joseon period. and follows two friends who have a different opinion on what “my country” is. Seo Hwi is a warrior who does not compromise when it comes to injustice, while Nam Sun Ho is a smart figure born into the lowest class and is looked down upon by people. After Sun Ho’s father gets involved in a corruption scandal, he loses his ends up losing his dream. The two friends also become enemies, all while trying to protect their loved ones and becoming the change they need in their country.

ALSO READ
10 K-Dramas To Watch After ‘The King: Eternal Monarch’

This award-winning drama tells the love story between Crown Prince Lee Hwon and Heo Yeon Woo, the daughter of a high-ranking official. Yeon Woo is then chosen to be the Crown Princess of Joseon, but before they can marry, the Dowager Queen secretly orders her death so she can put someone else as the Crown Princess to secure her power. Instead of dying, however, she ends up getting resurrected without her memories. Eight years later, she returns as a shaman named Wol, meeting the now King Lee Hwon who refuses to love another person and continues to investigate the death of his love.

The Great Queen Seondeok is a 2009 biopic drama about Deokman, a twin who was abandoned as a baby. She is then brought back to the Silla palace, where she joins forces with her twin sister Chonmyong in opposing Mi Shil, who wanted to seize power. She eventually becomes Silla’s first female ruler, leaving behind many brilliant achievements.

Where to Watch: Apple TV

100 Days My Prince centers on Joseon’s perfectionist Crown Prince named Lee Yul, who uses his cold demeanor to hide his loneliness. He passes a law that requires all citizens to get married before turning 28. After someone attempts to take his life, Lee Yul wakes up and finds himself under the care of the Hong household, with no recall of his identity. It’s there that he meets Hong Shim, the oldest unmarried woman in her village, and he ends up proposing to her to help her escape punishment from officials.