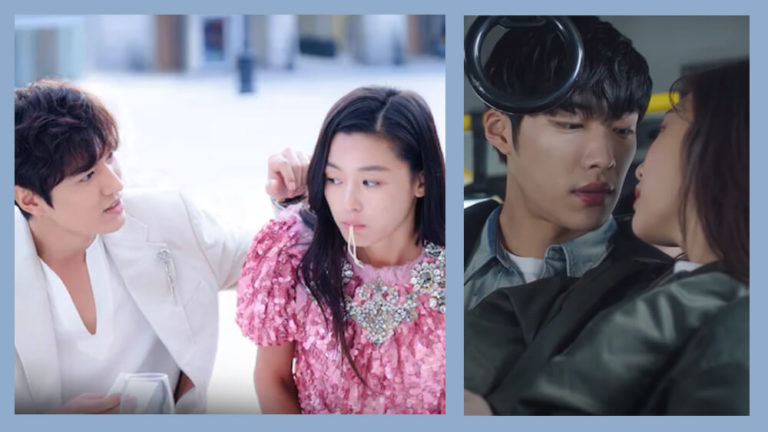 Whether you’ve religiously followed The King: Eternal Monarch when it was still airing or are now binge-watching the drama, we’re pretty sure that you’d be left empty and reeling for more when you’ve reached the finale. Let me tell you this: same!

And now that we’re all dealing with The King withdrawals, we’re giving you a list of shows to watch to help you deal with it! Check out 10 other dramas which star your favorite The King: Eternal Monarch stars:

City Hunter is an action drama based on the manga of the same name by Tsukasa Hojo. Here, Lee Min Ho plays the MIT-graduate Lee Yoon Sung, who works at the international communications team of the Blue House while planning revenge on the politicians who have caused the death of his father. Park Min Young, Lee Joon Hyuk, and Kim Sang Joon star alongside him in this 2011 drama.

Another drama that stars Lee Min Ho is Legend of the Blue Sea, a drama putting together the story of two people of the present day and their Joseon-era incarnations. It follows Heo Joon Jae, who becomes a clever con-man after his parents’ divorce. He eventually meets and falls in love with Jun Ji Hyun’s Shim Cheong, a mermaid turned human who must then learn how to live in the world.

Cheese in the Trap

Go Eun also starred in the 2016 drama Cheese in the Trap, the TV adaptation for the popular webtoon. Here, she plays Hong Sul, an overachiever who returns to college after a year because of her family’s poor background. There, she finds her life taking a turn when she gets on the bad side of the brooding senior Yoo Jung, who seems to be hiding a dark side. Joining Go Eun in the drama are Park Hae Jin, Seo Kang Joon, and Lee Sung Kyung.

Goblin: The Lonely and Great God

Before she became Lee Gon’s queen, Kim Go Eun was the Goblin’s bride first. In this drama, Go Eun stars as Ji Eun Tak, destined to be the Goblin’s bride who can pull out the sword piercing through Kim Shin and finally end his 900-year existence. Things get complicated, however, when the two fall in love with each other. Joining Go Eun in the drama are Gong Yoo, Lee Dong Wook, and Yoo In Na.

Tempted is all about the lives of rich people in their twenties who are playing the game of love. Woo Do Hwan stars as Kwon Shi Hyun, who makes a bet with his friends that he could successfully seduce Eun Tae Hee as his act of revenge. As the two start to get to know each other, Tae Hee finds her view of love changing. Red Velvet’s Joy, Moon Ga Young, and Kim Min Jae also star in this drama.

My Country: The New Age is set between the end of the Goryeo dynasty and the beginning of Joseon. It centers on Yang Se Jong’s Seo Hwi and Woo Do Hwan’s Nam Sun Ho, whose friendship is tested because of their different opinions on the phrase “my country”. These characters, as well as the prince Lee Bang Won, all fight to protect their loved ones and to be the reason for the change in their country.

Before playing Prime Minister Goo Seo Ryung in The King: Eternal Monarch, she was first the detective Kang Gil Young in The Guest. The mystery-thriller centers on Hwa Pyung, psychic born into a shaman family who learns about the demon known as “Son” or “Guest”. The demon is said to have the power to control other demons and possess weak people decades ago. Twenty years later, the demon killings started again and Hwa Pyung must use his powers and work with Choi Yoon, a Catholic priest, and Gil Young, a skeptic detective to finally defeat “Son”. Kim Dong Wook and Kim Jae Wook also star in the drama.

Return follows Choi Ya Hye, a famous television lawyer, who is hired to defend someone from a chaebol family, but ends up working with the detective Dok Go Yeong on a murder case, where the suspects belong to the same friend group in the elite class. This drama stars Go Hyung Joong, Park Jin Hae, Lee Jin Wook, Shin Sung Rok, and Jung Eun Chae.

Special Labor Inspector Jo is a social satire drama about Jo Jin Gap, a former member of the national judo team whose dream of being a Physical Education teacher is shattered when he is fired because of his temper. He then becomes a civil servant and works at the Ministry of Employment and Labor. Kim Kyung Nam also star in this drama as Chun Deok Goo, alongside Kim Dong Wook, Park Se Young, Ryu Deok Hwan, and more.