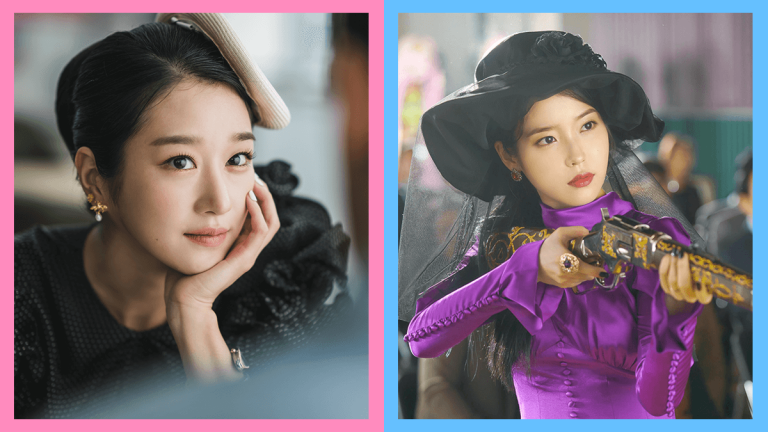 Don't forget to give your favorite K-drama ladies some love!

Seasoned K-drama fans would know that there are a lot of K-dramas out there that have the stereotypical, cute, damsel-in-distress type of characters. However, if you know where to look and what to watch, you’d find that there are also tons of titles that put the spotlight on badass and amazing female characters that we all end up falling in love with and maybe aspiring to be like.

Go Moon Young of It’s Okay To Not Be Okay

What even is this list without Go Moon Young? Aside from being a good children’s book writer, what got people rooting for her is her fierce attitude. Although people usually see her as cold and rude, she’s really just one outspoken person who takes no BS from anyone and says whatever she wants, whenever she wants. Behind her strong facade though, she also has a more vulnerable side, which she only shows to those who she truly cares for.

Played by Jeon Mi Do

Of course, we love Mido and Falasol’s sintunado bassist, Chae Song Hwa! The resident neurosurgeon in the world of Hospital Playlist, she is portrayed to be a strong and independent woman. She devotes her life to being a good doctor, but she doesn’t forget to have fun and treat herself whenever she can. It can be by going camping in the woods, singing at church, dining with her four other best friends, and or even buying things that make her happy!

While we definitely have serious attachments with Park Hae Young and Lee Jae Chan, we can’t help but admit how much we love Signal‘s Cha Soo Hyun. What we loved about her is seeing her grow from the shy and soft-spoken young officer in the 80s to becoming the badass detective that she is in the present-day. She’s literally one of the few righteous people in her station, and we totally admire her for staying so despite seeing everything that went through!

Another character who’s known for being rude and cold is Hotel Del Luna’s owner, Jang Man Weol. She’s also one strong female character who knows what she wants and will do everything to get it. While some people would think of her as someone who doesn’t care for anyone but herself, she actually goes out to help humans and souls alike when needed.

Whenever we think of K-drama leads who fall under the “strong, independent, women” type, the three leads of Search: WWW will always, always come to mind. Ta Mi, Hyun, and Ga Kyung may have very different personalities, but what’s similar among all three of them is how they choose to prioritize the success of their careers over anything else. They all know what they want, and they strive hard to reach their goals no matter what it takes. Talk about badass, right?

Changing the stereotype on fangirls is Her Private Life‘s Sung Deok Mi, who lives a double life as an art gallery curator by day and a K-pop idol’s fansite by night. What we love about her is how she proves that fangirls can both be successful in their professional life while also supporting their favorite idols in whatever they can.

Aside from the Search: WWW squad, another K-drama female squad we can’t help but love is that of Be Melodramatic. What we love about Jin Joo, Eun Jung, and Han Joo is how seemingly ordinary and relatable they are. These girls are just normal people who are pursuing their careers to grow in Korea’s entertainment industry, all while dealing with their personal issues, their love lives, and their friendships now that they’re all in their 30s.

Ji Sun Woo of The World of the Married

When we say Ji Sun Woo ~went through it~ in The World of the Married, we mean it. She found out her husband has been cheating on her with another woman (who’s also pregnant, btw!), realized that her friends all knew what was going on and that her son has been blaming her for everything that went wrong in their family. Still, she remained classy through it all, making sure that her husband and her “friends” get what they deserve while keeping her and her son together.

When talking about Mr. Sunshine, we can’t not talk about Go Ae Sin. In an era where noblewomen are expected to stay at home, embroider, and find a man to marry, Ae Sin breaks out of this stereotype and goes out to fight for Joseon’s independence. She learned how to shoot, joined the Righteous Army, and went on missions that show their resistance to both the American and Japanese forces. She willingly risks her life along with several others if that would mean independence for her country.

After including Go Ae Sin of Mr. Sunshine, it’s also right that we include Chicago Typewriter’s Jeon Seol, who is Ryu Soo Hyun in her past life, in this list. In the drama, Soo Hyun disguises herself as a man and works with the resistance fighters against Japan. Even when she was imprisoned and tortured for information regarding their organization, she resists as it was the only way she could protect her comrades. She even went out of her way to put the traitors in their spot, and we definitely loved her for it.

Did we miss your favorite female K-drama leads? Let us know in the comments!