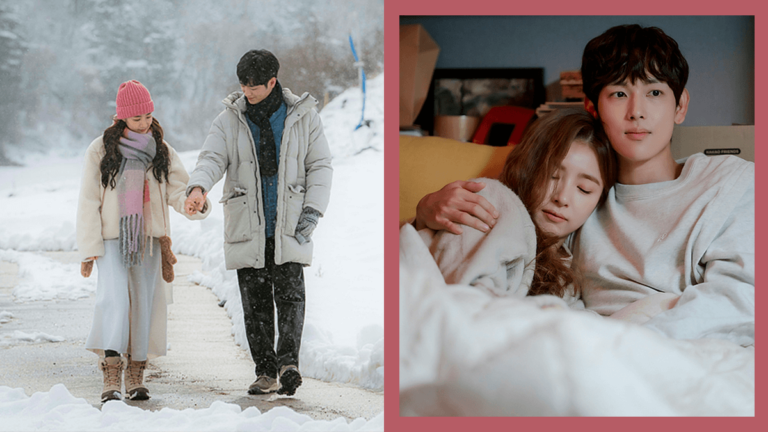 Since Hometown Cha-Cha-Cha first premiered on Netflix back in August, it’s already become a lot of fans’ source of comfort and kilig during the weekends especially since there’s just so much to love about it. There’s the non-toxic relationship between the three leads, the equally heartwarming stories of the villagers, and, of course, the beautiful seaside view of Gongjin (Pohang, IRL!). And now that the drama is ending, many of its fans are probably looking for new K-dramas that are just as good and as ~healing~ as HomeCha.

Below, we’re listing down K-dramas that have the same feels and comforting touch as Hometown Cha-Cha-Cha to help you cope with the SikHye couple withdrawal in the coming weeks. Check it out below:

When the Camellia Blooms is a Baeksang award-winning drama about a single mother named Dong Baek who moves to the small village of Ongsan with her son Pil Gu. Here, she opens the bar Camellia, and she becomes the talk of her neighbors after it becomes a place that men frequent. Despite being the talk of the town, though, she catches the attention of the playful police Yong Sik, who tries to woo her while keeping Dong Baek safe from the notorious killer who’s out to harm her. The drama stars Gong Hyo Jin, Kang Ha Neul, Kim Ji Suk, Oh Jung Se, Kim Kang Hoon, and more.

Racket Boys is a sports K-drama set in the rural village of Haenam and tells the story of a boys’ middle school badminton team as they grow as people and as athletes. At the center of the story is Yoon Hyun Jong, who moves to the village to become the coach of a middle school team that’s on the verge of disbandment. The team only has three members, and so he encourages his son Yoon Hae Kang to join the team so they can have enough members to join competitions. With enough plays to enter games, the team tries to soar to new highs and be the best among their peers.

Do Do Sol Sol La La Sol centers on a rich girl named Goo Ra Ra who dreams of becoming a great pianist, with her father’s love guiding her. Things take a turn for her when her father passes away and she ends up going bankrupt and moving to a small town where she meets Sun Woo Joon — a diligent worker trying to make ends meet. She then finds herself creeping into Sun Woo Jun’s heart, all while dealing with the challenges of living an adult life. Starring in this drama are Go Ara, Lee Jae Wook, Kim Joo Hun, and more.

Modern Farmer is a comedy-drama following Lee Min Ki, who’s the only active member of Excellent Souls, a band that used to be popular. Schemed for money and chased by loan sharks, Min Ki decides to go back to his old village after the death of his grandmother. It was there that he learns that he’s inherited 8 acres of farmland from her. And while he initially plans to sell the land, he ends up becoming determined to earn money by farming and selling cabbages to pay off his debts and make an album.

Run On stars is a romantic drama telling the interconnected stories of people who have trouble communicating despite speaking the same language. Im Si Wan plays Ki Seon Gyeom — a sprinter of the national team who was forced to quit because of legal issues — while Shin Se Kyung plays Oh Mi Joo, who translates movies. The two are joined by Sooyoung, who plays the sports agency CEO Seo Dan Ah, and Kang Tae Oh, who plays the art student Lee Young Hwa.

When the Weather is Fine

When the Weather is Nice is a romantic drama set in the small town of Bookhyun Village. It follows Park Min Young’s Mok Hae Won, a young woman who’s tired of the fast-paced life in Seoul and decides to quit her job and return to her hometown. There, she meets Seo Kang Joon’s Im Eun Seob, Hae Won’s old classmate, who runs a little bookstore. The two then end up finding love and forgiveness in the familiar surroundings of their hometown.

Where to Watch: Viu / iQiyi

This drama follows Lee Jung Joo, a woman who’s been working hard all her life and has never gotten a break. And despite her working at a clothing company in Seoul for seven years, this didn’t stop her from losing her job, her house, and her boyfriend, making her set off to start a new life in Jeju Island. There, she meets Baek Gun Woo, the chef and owner of a restaurant called “Warm and Cozy.” And while they clash a lot at first because of their different personalities, the two still end up falling in love with each other.

In Eccentric! Chef Moon, Yoo Yoo Jin, a famous fashion designer, is suddenly found in a remote village in the countryside with a bad case of amnesia and unable to remember who she is. The people living in the village then put her up in a house with the former star chef Moon Seung Mo, who is initially resentful of his new guest. However, when he discovers Yoo Jin’s knack for food, he starts to rediscover his passion for cooking, life, and love. Starring in this drama are Eric Mun, Go Won Hee, cha Jung Won, Kil Hae Yeon, Cha Chung Hwa, and more.

A Piece of Your Mind centers on Jung Hae In’s Moon Ha Won, who’s famous in the AI industry for founding a popular portal site. A rational thinker, he believes that having a small fraction of his love’s heart is enough to sustain him. This belief is challenged when he meets the classical music recording engineer Seo Woo, who has a positive mindset despite all her setbacks in life. Joining Jung Hae In in this drama are Chae Soo Bin. Lee Ha Na, Kim Sung Kyu, Park Joo Hyun, and more.

Where to Watch: Viu / iQiyi

You Are My Spring follows Kang Da Jung who rises to the manager position at a five-star hotel faster than her peers. While she seems like the perfect woman, she has a habit of dating men who are terrible like her father. Things take a turn for her when she meets the psychiatrist Joo Young Do, who helps others heal from their emotional wounds despite him bearing scars himself. The two end up forming a heartfelt bond when they get involved in a local murder case. 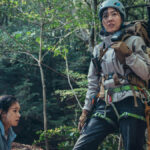