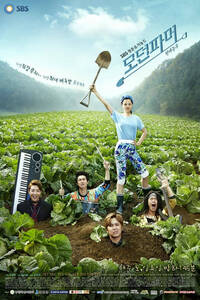 Members of rock band Excellent Souls (ExSo) decide to give up their life in Seoul and move to a small town in the countryside to farm the land that Lee Min-ki's grandmother left to him upon her death. When Min-ki gets there, he learns that the village leader is his first love, Kang Yoon-hee.