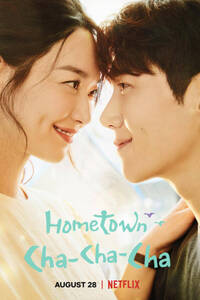 Set in the seaside village of Gongjin, it is about the romance between neighborhood handyman Hong Du-sik (Kim Seon-ho) and pragmatic dentist Yoon Hye-jin (Shin Min-a).

[About]
Hometown Cha-Cha-Cha is an upcoming South Korean television series starring Kim Seon-ho, Shin Min-a and Lee Sang-yi. It is a remake of 2004 South Korean film Mr. Handy, Mr. Hong. It is scheduled to premiere on tvN on August 28, 2021 and will air every Saturday and Sunday at 21:00 (KST). It will also be available internationally for streaming on Netflix.