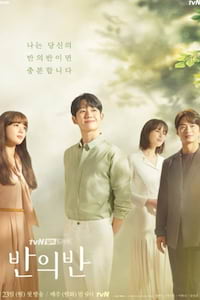 A drama-romance between Moon Ha-won (Jung Hae-In) and Han Seo-woo (Chae Soo-Bin). Moon Ha-won is an AI programmer and he is the founder of AH Company. He is a consistent person with a good heart. Meanwhile, Han Seo-woo works as a classical music recording engineer. Her life is unstable without a family or house, but she is a positive person.