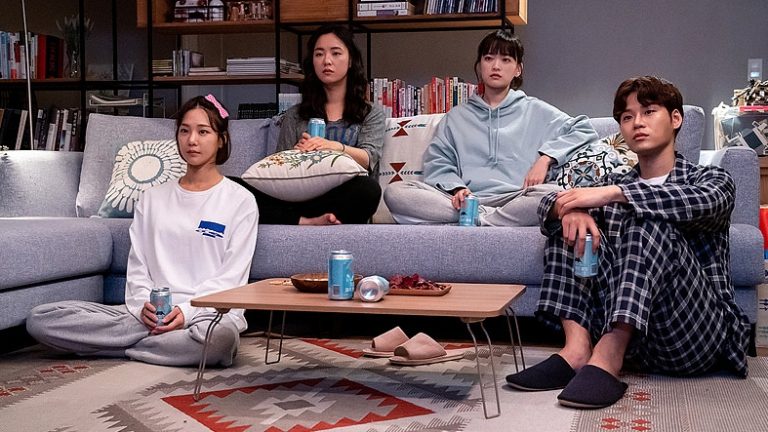 K-Drama Files: ‘Be Melodramatic’ is A Quirky and Relatable Drama About Turning 30

For this week’s K-drama files, we put the spotlight on ‘Be Melodramatic,’ and why you should watch it!

For this week’s K-drama files, we put the spotlight on Be Melodramatic, and why you should watch it!

Be Melodramatic or Melo is My Nature is a slice-of-life drama about three best friends — Im Jin Joo, Lee Eun Jung, and Hwang Han Joo — who are all approaching their 30s. The drama follows these lives as they try to be successful in the entertainment industry, while also dealing with their personal issues, love lives, and friendships.

Im Jin Joo is a drama scriptwriter who has just got out of a relationship. Playing her is Chun Woo Hee, who you may have seen in the movie The Beauty Inside, and the drama Argon.

Jun Yeo Bin plays Lee Eun Jung, a documentary director who’s known for being the person behind a documentary that became an overnight hit. The actress starred in the drama Save Me, as well as in the film Secret Zoo.

Han Ji Eun stars as Hwang Han Joo, a single mom who is also the head of the marketing team for a drama production company. The actress also starred in the drama 100 Days My Prince, Kkondae Intern, and the ongoing series Lovestruck in the City.

Joining these three ladies are Ahn Jae Hong (Reply 1988, Fight For My Way) as the director Son Beom Soo, Gong Myung (The Bride of Habaek, Revolutionary Love) as Han Joo’s junior, Choo Jae Hoon, Yoon Ji On as Yeo Bin’s brother, Hyo Bong, and Lee Joo Bin (Find Me In Your Memory) as the actress Lee So Min.

Watch It If You…

… are looking for an underrated slice-of-life story that’s both quirk and funny. Be Melodramatic is a female-centric drama with characters — from the main to the minor ones — who face conflicts that feel real and relatable to the audience. In a way, it’s also a coming-of-age drama, as it shows these people navigate through life’s ups and downs as they reach or approach their 30s. It also delicately touches upon the topics of grief, depression, and even same-sex relationships, which is something that we rarely see in dramas, or in most shows, in general.

Seasoned K-drama fans would also definitely enjoy this drama because of how cleverly meta it is. Thanks to Jin Joo and Beom Soo’s drama — It Gets Better When You Turn Thirty — we get a look at how dramas are made. This includes the process of writing the script, getting stars for the cast, planning the simplest “fight scenes,” and even deciding how the product placements that often make us cringe are included in scenes.

It also references classic dramas like Princess Hours and the Reply series, which is a nice and funny touch. This is especially since Ahn Jae Hong, who plays Jung Bong in Reply 1988, also stars in Be Melodramatic.

With its smartly-written story, it’s a surprise that — just like Jin Joo and Beom Soo’s drama — Be Melodramatic didn’t receive the highest ratings back when it was still airing. Still, if you want a feel-good show that will make you laugh, cry, and feel for the characters, then you should still give this show a watch!

Be Melodramatic is streaming on Netflix.

Homestream image is courtesy of JTBC.

ALSO READ
10 Badass Female K-Drama Leads We Can’t Help But Love
K-Drama Files: Why ‘Search: WWW’ is an Underrated Gem You Must See