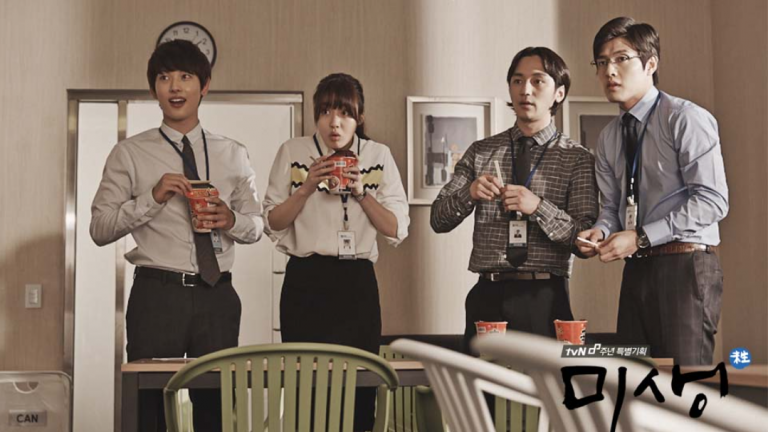 For this week’s K-drama files, we put the spotlight on ‘Misaeng: Incomplete Life,’ and why you should watch it!

For this week’s K-drama files, we put the spotlight on Misaeng: Incomplete Life, and why you should watch it!

Misaeng: Incomplete Life is a 2014 workplace drama about Jang Geu Rae who — after failing to become the professional baduk player he dreams of becoming — enters a trading company as an intern. With nothing but a high school background and a recommendation from the company’s higher-up, Geu Rae is looked down upon not only by his fellow interns, but also by the other superiors in the company.

The drama follows Geu Rae as he learns to navigate and adapt to the corporate culture. This is with the help of his boss and manager Oh Sang Shik, fellow interns Ahn Young Yi and Jang Baek Gi, and the principles that baduk had taught him.

At the center of the story is Jang Geu Rae, a shy and introverted One International intern who used to play baduk. Playing him is Im Si Wan, whose other projects include Strangers From Hell, Moon Embracing the Sun, and the upcoming K-drama Run On.

Kang So Ra, who starred in dramas like Revolutionary Love and My Lawyer, Mr. Jo, portrays Ahn Young Yi — the talented female intern who Geu Rae and other interns look up to throughout their internship period.

Kang Ha Neul and Byun Yo Han also star in the drama as Jang Baek Ki and Han Seok Yul, two other interns who both have their own struggles in surviving in the corporate world. Lastly, there’s Kim Dae Myung (Hospital Playlist), playing Kim Dong Shik, the kind and hardworking assistant manager in Chief Oh’s team.

… are looking for an inspiring office drama to motivate you right now. Set mostly inside an office, Misaeng is a good portrayal of what it’s like to work at a big company. You get to meet all kinds of office workers that you may have met at a point in life. It can be the competitive interns trying to outsmart the other; the bosses — good and bad; or a Jang Geu Rae-like person himself, who struggles and tries hard to prove himself to his colleagues.

The drama also shows a good portrayal of how relationships develop between Jang Geu Rae and his co-interns. It’s nice to see how they went from being extremely competitive to actually helping each other succeed when things get tough. The same goes for Geu Rae and Chief Oh, whose mentor-mentee relationship is one of the best developments in the drama.

Because the characters of Misaeng all seem like people we encounter in our daily lives, you’d also find it easy to sympathize with these characters and their stories. You’d find yourselves rooting for Geu Rae, Young Yi, and even Chief Oh, as you get to understand them on a deeper level. Their struggles resonate with you, and their little victories also feel like they’re your own.

ALSO READ
Loved ‘Start-Up’? Here Are 8 K-Dramas You Should Watch Next 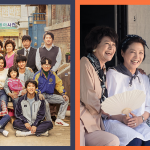 Here are dramas that help you go through the pains of growing up!
Share your comment at ClickTheCity Connect