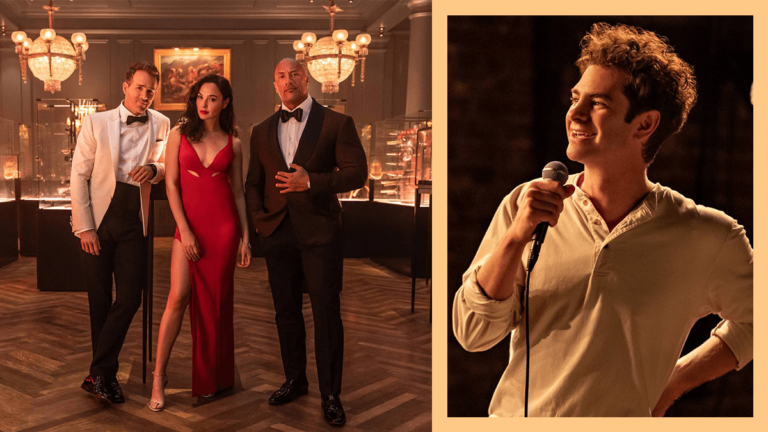 If you’re the kind who needs to plot your binge-watching schedules for the month, worry not, because we’re giving you a rundown of the most awaited shows and films launching on Netflix Philippines this November 2021.

He’s Into Her
November 1

He’s Into Her centers on a spunky teen who moves to Manila with her newly discovered wealthy father. She then enters the Benison International school, where she is bullied by the basketball varsity captain Deib Lohr Enrile. This leads to a series of pranks that eventually turn into a romantic spark. Starring in this Filipino series are Belle Mariano, Donny Pangilinan, Dalia Verde, and more.

Yesterday, Today, Tomorrow is a film by Jun Lana about a powerful family whose secrets are revealed in the aftermath of a tragedy. These secrets can eventually lead them to a future full of lasting happiness or despair. Starring in this film are Maricel Soriano, Gabby Concepcion, Jericho Rosales, Dennis Trillo, Paulo Avelino, Lovi Poe, Carla Abellana, and more.

The Harder They Fall
November 3

The Harder They Fall stars Jonathan Majors as an outlaw named Nat Love who discovers that his enemy and crime boss, Rufus Buck (played by Idris Elba) is being released from prison. He then reunites his gang to track Rufus down and seek revenge. Also starring in this film are Zazie Beetz, Regina King, Delroy Lindo, Lakeith Stanfield, and more.

The fourth season of The Good Doctor is set at a time when COVID-19 creates a slew of complications. It follows Shaun and Lea who see their relationship put to the test while Claire struggles with grief. It stars Freddie Highmore, Antonia Thomas, Paige Spara, and more.

Dwayne Johnson, Ryan Reynolds, and Gal Gadot star in Red Notice. It centers on FBI’s top profiler John Hartley who is handling the case that involves hunting down the world’s most wanted. When this mission leads him in the middle of a daring heist, he finds himself working with the greatest art thief Nolan Booth in catching the world’s most wanted art thief, “The Bishop.” This takes the three characters around the world and in each other’s company.

The Princess Switch 3: Romancing the Star follows Queen Margaret and Princess Stacey who enlist the help of Margaret’s lookalike cousin Fiona when a priceless relic is stolen. They then work with a dashing and mysterious man who rekindles the spark of a Christmas romance that results in a very unexpected switch. Vanessa Hudgens, Nick Sagar, Sam Palladio, Remy Hii, Will Kemp, and more star in this film.

Cowboy Bebop is based on the 90s anime series and follows a ragtag crew of bounty hunters — Spike Spiegel, Faye Valentine, and Jet Black — who hunt down the solar system’s most notorious criminals for the right price.  John Cho stars as Spike Spiegel, Mustafa Shakir plays Jet Black, and Daniella Padilla plays Faye Valentine. Also part of the cast are Alex Hassell and Elena Satine.

ALSO READ
WATCH: The Opening Credits for Netflix’s Live-Action ‘Cowboy Bebop’ is an Homage to The Original

tick, tick…BOOM! is the movie adaptation of the autobiographical musical by Jonathan Larson, who’s most famous for creating the musical Rent. It’s set in 1990 New York City and centers on a young theater composer named Jon, who waits tables at an NYC diner all while writing what he hopes will be “the next great American musical.” Days before his showcase performance, he feels the pressure from people all around him, and he finds himself at a crossroads, asking himself what he’s meant to do with the time he has.

The film shows the 30-year-old artist as he navigates love, friendship, and the pressures of life in New York City. It stars Andrew Garfield, Alexandra Shipp, Robin De Jesus, Vanessa Hudgens, and more.

Hellbound is a K-drama set in a world where otherworldly beings appear out of nowhere to issue a decree and condemn individuals to hell. These events cause a great mayhem and enable the religious group The New Truth to grow in influence. A few people, however, raise suspicious on the group’s activities and investigate its involvement in mysterious events.

In A Boy Called Christmas, a young boy named Nikolas goes on a journey into the snowy north to search for his father who’s been on a quest to discover Elfhelm, a fabled village of the elves. With his reindeer Blitzen and a loyal pet mouse, Nikolas meets his destiny in a magical story that proves nothing is impossible. It stars Henry Lawfull, Jim Broadbent, Zoe Colletti, Sally Hawkins, Maggie Smith, and more.

The Princess Switch 3: Romancing the Star