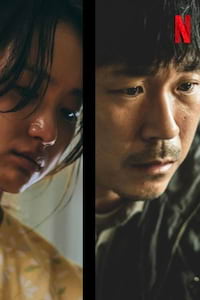 The fantasy will take place in a world where creatures suddenly appear and begin dragging people on earth to hell.

[About:]
Hellbound is an upcoming South Korean television series directed by Yeon Sang-ho, based on his own webtoon of the same name. The series, starring Yoo Ah-in, Park Jung-min, Kim Hyun-joo and Won Jin-ah, is an original Netflix release about supernatural angels appearing out of nowhere to condemn people to hell. It will be premiered in 2021.