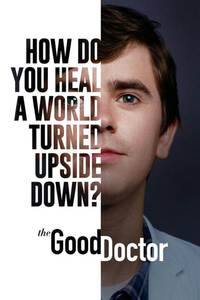 Medical Drama
Be the first to rate this

The series follows Shaun Murphy, a young autistic surgeon with savant syndrome from the mid-size city of Casper, Wyoming, where he had a troubled past. He relocates to San Jose, California, to work at the prestigious San Jose St. Bonaventure Hospital.

[About]
The Good Doctor is an American medical drama television series based on the 2013 South Korean series of the same name. Actor Daniel Dae Kim noticed the original series and bought the rights for his production company. He began adapting the series and, in 2015, eventually shopped it to CBS, his home network. CBS decided against creating a pilot. Because Kim felt so strongly about the series, he bought back the rights from CBS. Eventually, Sony Pictures Television and Kim worked out a deal and brought on David Shore, creator of the Fox medical drama House, to develop the series.[cont.]