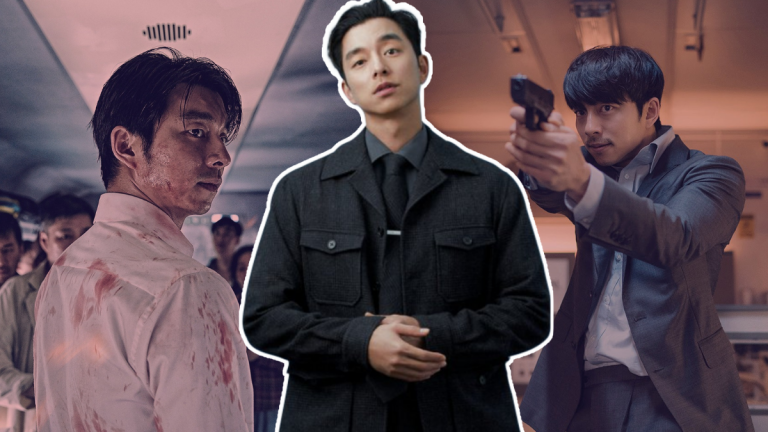 Which of these is your favorite Gong Yoo title?

Gong Yoo is definitely one of the most popular Korean actors of today, and he’s managed to captivate the hearts of K-drama fans in every role that he plays. With a filmography that goes way back 2001, there’s definitely a title that fans of all ages and genre preferences would love.

With the release of his newest Netflix drama The Silent Sea just around the corner, now’s probably the best time for you to start checking out and exploring his 20-year discography. Here are 10 must-watch gong Yoo titles if you want to see more of the 41-year-old actor’s performance:

Coffee Prince first aired in South Korea back in 2007, and it centers on the lives of four young people who meet at a coffee shop. Gong Yoo plays Choi Han Gyul, who takes over his grandmother’s coffee shop to prove himself to her and to his first love. There, he meets Yoon Eun Hye’s Go Eun Chan, a 24-year-old tomboy who becomes the breadwinner of the family after her father’s death.

In the 2011 film Silenced, the actor plays Gang In Ho, a newly-appointed teacher at a school for hearing-impaired children. While he’s excited to teach his students, the children are more aloof and distant, running away from him as much as they could. However, as the children start to open up and become closer with him, he discovers the ugly truth about the school, as well as the things that the students have been secretly going through.

This film is an adaptation of the novel The Crucible. It stars Jung Yu Mi, Kim Hyun Soo, Jung In Seo, Baek Seung Wan, and more.

Big is a 2012 drama starring Gong Yoo and Shin Won Ho. It follows an 18-year-old Kang Kyung Joon, whose spirit transfers to the body of 30-year-old Seo Yoon Jae. Yoon Jae is a successful doctor and is engaged to the high school teacher Gil Da Ran, who apparently is Kyung Joon’s teacher.

The Suspect is a 2013 film about Dong Chul — a North Korean special field agent who defects to South Korea after discovering his wife and child were sold as slaves to China and killed by his colleague. In the South, he works as the personal driver for Chairman Park, all while hunting the killer. However, when an assassin kills his boss, he goes on a run again, all while trying to uncover the secret of the glasses Park gave him before he died.

A Man and a Woman

A Man and a Woman premiered back in 2016. It stars Jeon Do Yeon as Sang Min, who comes to Finland to send her autistic son to a special camp. Gong Yoo, on the other hand, plays Ki Hong, an architect with a mentally unstable wife and a daughter who has depression. The two meet at the special camp, and they end up spending a night together after finding themselves connected to each other. However, despite this, the two still end up going their separate ways without asking each other’s names.

Gong Yoo leads the cast of the popular 2016 zombie Train To Busan as a fund manager named Seok Woo. Together with his daughter, they board the KTX train to Busan so she can visit her mom. Their trip takes a turn when they find themselves trapped inside the train as a virus that turns people into zombies break out in Seoul and in the train.

The Age of Shadows

The Age of Shadows is a period film taking place in Shanghai and Seoul in the 1920s. It centers on Lee Jung Chul, a Korean police officer who’s been rooting out the member of Korea’s resistance movement for the Japanese colonial government. Things take a turn for him after the death of his former classmate and resistance fighter Kim Jang Ok. Because of this, Che San, the leader of the resistance, thinks that they could turn things into their favor and bring Jung Chul to their side. Thus begins a relationship between the police and Kim Woo Jin, the owner of an antique shop that smuggles explosives from Shanghai to Seoul.

2016 was definitely a good year for Gong Yoo as it also was the year that his K-drama Goblin premiered. The drama centers on Gong Yoo’s Kim Shin — a goblin cursed to immortality until he finds his “Bride”. One day, he meets Kim Go Eun’s Ji Eun Tak, a girl who could see ghosts, and he falls in love with her. However, as they get closer, he begins to realize that she might just be the “bride” and is the only one who can put an end to his curse.

Where to Stream: Netflix / Viu

After working together in Silenced and Train To Busan together, Gong Yoo reunited again with Jung Yu Mi for the third time in 2019’s Kim Ji Young: Born 1982. This film is based on the book of the same name and follows Kim Ji Young, who lives a life that is as ordinary as her name. That is until she suddenly begins talking like her mother, her older sister, and other people she is connected with.

Seobok is a futuristic film about the special agent Ki Heon, who is on a mission to transport Seobok — the first human clone from stem cell cloning — to a safer location. Things gets complicated for him when forces abduct the human clone as part of their mischievous agenda. As they try to escape the threats along the way, Seobok develops a fascination with the outside world, wondering what it’s like to live a normal life.

Where to Watch: SKY Pay-Per-View (until May 14)

The Age Of Shadows

A Man And A Woman