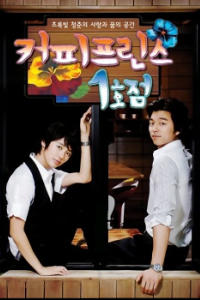 Coffee Prince is a 2007 South Korean television series starring Yoon Eun-hye, Gong Yoo, Lee Sun-kyun, and Chae Jung-an. Based on the novel of the same name written by Lee Sun-mi, it was aired on MBC's Mondays and Tuesdays at the 21:55 (KST) time slot from July 2 and August 28, 2007 consisting of 17 episodes.

The drama portrays the story of an unlikely romance between a tomboyish woman, who dresses like a man in order to get work, and a young food empire mogul. It contains homoerotic elements, as the man does not initially know of the tomboy's true sex.[3] Hailed as a hit for its high ratings, the drama received positive reviews from critics and won multiple awards.