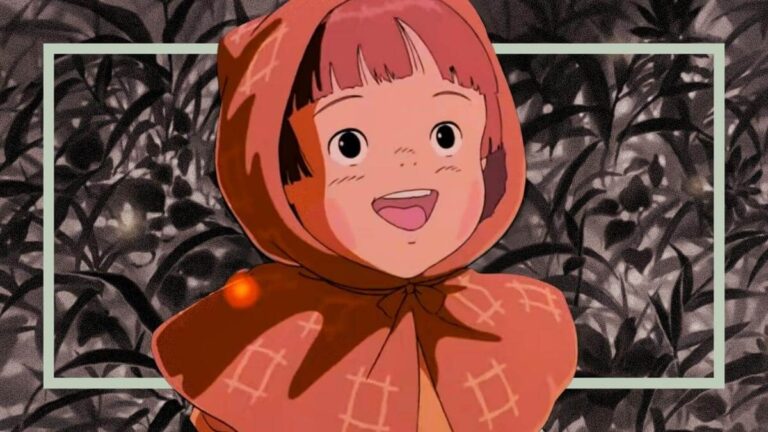 From 'Grave of the Fireflies' to 'Your Lie in April', here are some of the saddest anime you could watch right now!

It is no secret that Japanese anime has a lot of rich stories to offer, from exciting thrillers to epic adventures to just feel-good stories with humorous antics. But aside from these, some anime have also been notorious for their heartwrenching moments that had viewers wiping tears off of their cheeks!

If you’re interested in watching some tearjerker anime that would really give you the feels, look no further, as we’ve listed down 25 titles that you should watch right now if you really need a good cry!

1. Grave of the Fireflies (Film)

Perhaps Studio Ghibli’s most harrowing film, Grave of the Fireflies tells the story of siblings Seita and Setsuko as they try to fend for themselves during the onslaught of World War II. As the American’s firebombs continue to drop on the streets, the siblings’ survival gets slimmer by the minute.

Your Lie in April exhibits both the beauty and pain music can evoke. After his mother’s death left him traumatized, piano prodigy Kōse becomes unable to hear the sound of his piano and only sees the world in monochrome. Years later, he meets the lively violinist Kaori who slowly brings back the color to his life. Stream Your Lie in April soon on Netflix.

4. Anohana: The Flower We Saw That Day (Series)

A tale of friendship and death, Anohana centers on Jinta and his childhood friends who all drifted apart after Menma, the littlest and most innocent of the group, died in an accident. Now a young adult, Jinta is soon acquainted with the ghost of a grown-up Menma, who asks him to grant her mysterious wish.

A Silent Voice follows a young man’s search for redemption he may not be worthy of. It tells the story of Shouya, a cruel elementary student who bullies his deaf classmate Shouko until she decides to change schools. Years later, Shouya is still haunted by his wrongdoings as a young boy and decides to find Shouko to make amends.

Your Name takes the body swap cliché and turns it into a heartwarming, romantic tale. It follows Mitsuha and Taki– two teens living from different parts of Japan whose bodies suddenly started swapping. The more time they spend with the other person’s body, the deeper the connection between them becomes. A connection that soon turns into romance.

7. I Want to Eat Your Pancreas (Film)

This film follows an aloof boy who seems to avoid social interactions, thus having no friends for most of his life. This changes when he accidentally reads a book in a hospital waiting room, which happens to be the diary of his popular classmate. The two then began to develop a connection after she reveals to him that she’s secretly suffering from a fatal pancreatic illness.

In Clannad, the school delinquent Tomoya thinks that life is dull and wastes his time skipping classes. But his life takes a turn when he becomes friends with Nagisa, a girl who was held back a year due to a severe illness. When he learns that her dream is to revive the drama club, Tomoya joins her in her mission, meeting four more girls and helping them overcome their respective life hurdles.

Angel Beats! plays on the concept of a high school-like limbo, where the students must overcome the hardships they experienced in life before passing on. After finding himself in this limbo, Yuzuru is recruited into the Afterlife Battlefront, a rebel group fighting against an unseen god as payback for the members’ unfair circumstances in life. As Yuzuru navigates this new world, he regains more of his memories, and ultimately, discovers the afterlife’s true purpose.

Filled with heartbreaking moments, this anime follows the young ex-soldier Violet Evergarden, who is now navigating the post-Great War world. Assigned to a writers’ agency, Violet writes letters to connect people, while suffering from the pains of her own past. Stream Violet Evergarden on Netflix.

What if you can prevent the things that you will be regretting later in life? This is the premise of Orange, which follows the sophomore student Naho. One day, she receives a letter from herself ten years into the future, telling her of the mistakes and regrets she will be having in the future, including losing a person that she has yet to meet.

This sci-fi fantasy series touches on dark and serious themes such as discrimination, abuse, revenge, and jealousy just to name a few. It centers on the mutated species of Diclonius, who have a humanlike appearance but are dangerous killers. It follows the Diclonii Lucy who escapes from an experiment facility and wreaks havoc on the area. After getting injured, Lucy develops a second, childish personality called Nyu.

Steins; Gate explores the consequences of time travel. It tells the story of Rintaro Okabe who develops a time travel machine using a microwave oven. When the research organization SERN learns about this, they send men to retrieve the technology, killing Rintaro’s friend, Mayuri, in the process. Rintaro then tries to undo everything through his time machine, but saving her would also entail grave consequences. Stream Steins; Gate on Netflix.

This anime bares the horrors of a natural disaster, specifically an earthquake that leaves cities in ruins in its wake. Tokyo Magnitude 8.0 follows the two young siblings, Mirai and Yuki, who were visiting a robot exhibition in Odaiba when a massive earthquake happens in Tokyo. Alongside the motorcycle courier Mari who is trying to get home to her own daughter, the two kids journey to the partly-ruined city to be reunited with their parents.

Wolf Children tells the story of Hana who falls in love with an enigmatic man that could turn into a wolf. After bearing his two wolf-human children, tragedy struck leaving Hana widowed. The movie then follows Hana’s hardships as she raises the two children on her own, children who want to experience many things in the world but are hindered by their feral callings.

Stand By Me Doraemon

Japan’s latest highest-grossing anime movie “Your Name” has recently opened in Philippine cinemas (opened December 14), a coming-of-age feature animated film about a teenage boy and girl who suddenly find themselves in each other’s bodies.
Share comment on My ClickTheCity Be the first to comment