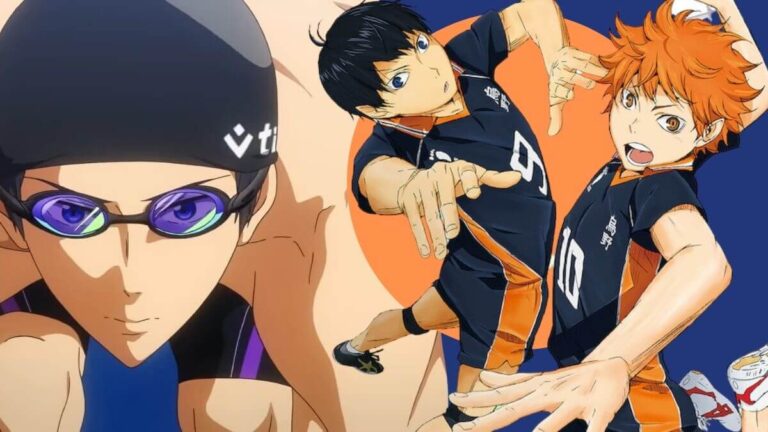 10 Sports Anime That Are Inspiring & Entertaining to Watch

Here are some sports anime series that are packed with tales of friendship, competitive rivalries, and players who push themselves to the limit!

Sports anime may be a niche genre, but titles from this part of the genre spectrum could really stir one’s emotions and motivation. After all, sports are surrounded by stories of perseverance, teamwork, and confidence in one’s own skills– attributes that we long for not only in sports, but in many aspects of our lives.

If you’re on the lookout for anime series that will inspire you through its characters that never give up, we’ve got the list for you! Below are some sports anime series that are packed with tales of friendship, competitive rivalries, and players who push themselves to the limit!

Despite his small stature, Shoyo Hinata is determined to become a volleyball player and joins the volleyball team of Karasuno High. Here, he gets teamed up with the prodigy setter Tobio Kageyama, who he considers a rival. Despite their differences, Shoyo and Kageyama would soon become a promising duo that could help Karasuno redeem its reputation as a powerhouse school for aspiring volleyball players.

Taiga Kagami is a promising new player for the Seirin High basketball team who aims to take his school to the top. But to do so, Kagami must take on the most talented players that were once part of a single team dubbed as the Generation of Miracles. Little did Taiga know, Kuroko– his team member who appears to have no talent in basketball, is actually a former member of the Generation of Miracles, and his sheer lack of presence in court becomes a total gamechanger for Seirin.

Yuri!! on Ice is an anime about figure skating that also doubles as a romantic BL series. It tells the story of figure skater Yuri Katsuki who strays away from his career after losing at the Grand Prix Final. While doing the advanced skating routine of his idol, the Russian figure skating champion Victor Nikiforov, Yuri is recorded on video and the clip is uploaded on the internet. This catches Victor’s attention who travels to Yuri’s hometown to help him get back on track. By doing so, romance also buds between the two skaters.

Hajime no Ippo is a Japanese boxing anime that follows the many ups and downs of the boxing career of Makunouchi Ippo. A constant victim of bullying, Ippo gets saved by the boxer Takamura Mamoru after his classmates brutally beat him up. As Ippo recovers at Mamoru’s gym, he is amazed by its atmosphere, and soon asks Mamoru to train him to become a boxer– a journey that will test his limits and take him places.

Slam Dunk is a basketball anime that has become a classic and is soon to have a new movie after two decades since its last episode aired. It follows the high school delinquent Hanamichi Sakuragi who joins his school’s basketball team hoping to get the attention of his crush, Haruko, who loves the sport. As part of the Shohoku High School team, Sakuragi also forms a rivalry with the rookie superstar Kaeda Rukawa.

Free! follows the four friends Haruka, Rin, Nagisa, and Makoto, who won a swimming relay race shortly before their graduation from elementary school. Years later, they reunite as high school students, but Rin is only intent on proving that he’s a better swimmer than Haruka. The three friends then decide to form the Iwatobi High School Swim Club, recruiting a former track team member named Rei.

Watch it soon on Netflix

This anime follows the powerful friendship and partnership of the two boys Makoto and Yutaka, nicknamed Smile and Peco. While Peco is filled with confidence and aspirations to become the best table tennis player in the world, Smile shows little ambition. But their mutual love for ping pong drives them to continue persevering while having each other’s back.

The Prince of Tennis

This anime that aired in the early 2000s tells the story of the 12-year-old tennis prodigy Ryoma Echizen. After joining the Seishun Boys’ Tennis Team, Ryoma and his newfound teammates will have to face a plethora of strong schools as they aim to be champions at the National Tournament.

In this anime series that features baseball, a young pitcher rises from the ashes of defeats and shame. Ren Mihashi has been blamed by his baseball middle school team after suffering from a series of losses, causing Ren to have low self-esteem and transfer to another school. In his new school, a baseball team is being formed, and despite the fear, Ren pushes himself to join as their Ace Pitcher.

Yowamushi Pedal follows a cheerful otaku who is about to join his new school’s anime club. But upon learning that the club has been disbanded, Onoda makes it his mission to revive it by finding new members. During this quest, he meets the determined cyclist Shunsuke Imaizumi who challenges him to a bicycle race. If Onoda wins, Imaizumi will join the anime club, but the challenge will kick off Onoda’s dive into the world of bicycle racing.