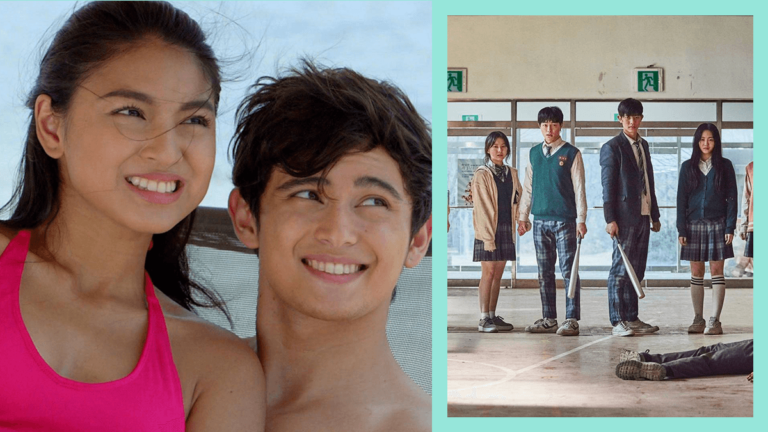 10 Shows and Films Coming to Netflix This January 2022

If you’re the kind who needs to plot your binge-watching schedules for the month, worry not, because we’re giving you a rundown of the most awaited shows and films launching on Netflix Philippines this January 2022.

All of Us Are Dead
Coming Soon

All of Us Are Dead is a zombie drama that follows a group of people who find themselves stuck in a school when a zombie virus starts to spread and the people who are trying to save them. It is based on the webtoon Now at Our School and stars Yoon Chan Yeong, Park Ji Hoo, Cho Yu Hyun, Lomon, and Yoo In Soo.

Four to Dinner is an Italian rom-com that challenges the concept of soulmates by telling the story of four single friends as they pair up in different couple combinations. Starring in it are Matteo Martari, Matilde Gioli, Giuseppe Maggio, Ilenia Pastorelli, Luís Filipe Eusébio and Elmano Sancho.

In DOTA: Dragon’s Blood: Book 2, all heroes must now answer the call to fight the daunting forces threatening to put the world into darkness as order crumbles and upheaval reigns.

Mother/Android is a film set in a post-apocalyptic world rocked by a violent android uprising. At the center of the story is a young pregnant woman and her boyfriend who are desperately searching for safety. It stars Chloe Grace Moretz, Algee Smith, Raul Castillo, Linnea Gardner, and more.

Love vs. Stars is about astrology-obsessed Luna who has just broken up with her boyfriend. Things take a turn for her when she finds out that her best friend of 15 years is actually in love with her. And when he finally goes to confess to her, she rejects him, telling him that it’s because they are not compatible. It stars Miles Ocampo, Khalil Ramos, Adrienne So, and more.

The Royal Treatment follows Isabella, a girl who runs her own salon and is not afraid to speak her mind, and Prince Thomas, who is about to marry for duty rather than for love. When Isabella gets the opportunity to do the hair for the royal wedding, she and Prince Thomas learn that they must follow their hearts to control their destiny. It stars Laura Marano and Mena Massoud.

In Ozark: Season 4, it may seem like freedom from the cartel is within reach but the fraying of the familial bonds may prove that it’s all the Byrdes’ ultimate undoing. It stars Jason Bateman, Laura Linney, Sofia Hublitz, Skylar Gartner.

On the Wings of Love, Season 1
January 24

On the Wings of Love centers on a young Filipino woman who agrees to marry an American citizen so she can stay in the US and fulfill the American dream. However, this arrangement starts leading to unexpected results. It stars Nadine Lustre, James Reid, Cherry Pie Picache, Joel Torre, and more.

The third season of Snowpiercer picks up 6 months after the end of Season 2 and follows Layton, who continues to search the globe for livable conditions while Wilford — who’s out for revenge — goes in hot pursuit. Jennifer Connelly, Daveed Diggs, Sean Bean, Rowan Blanchard, and more.

Ikaw follows a real estate agent who goes back to her hometown for her grandmother’s birthday. It’s there that she reconnects with a childhood friend, bringing new possibilities in life and love. Janine Gutierrez and Pepe Herrera star in this title.

On the Wings of Love