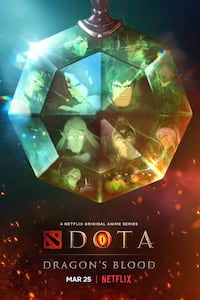 Animation, Action, Adventure
Be the first to rate this

In 19th-century London, a group of misfits works to solve supernatural crimes at the behest of Dr. Watson and his elusive partner, Sherlock Holmes.

[About:]
Dota: Dragon's Blood is an upcoming American adult animated fantasy streaming television series. It is based on the Dota video game franchise, in particular its 2013 entry Dota 2. Co-produced by Ashley Miller, Netflix Animation, and Valve Corporation, the developers of the game, the series is scheduled to premiere on Netflix on March 25, 2021.