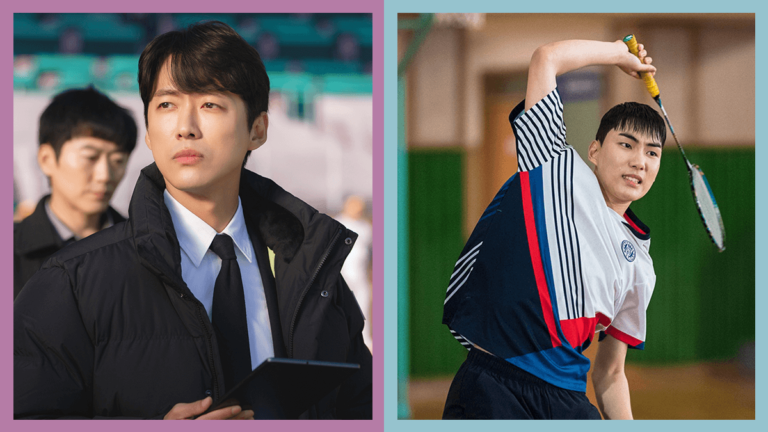 If you love stories that feature characters who work hard and climb their way to the top, then sports-themed K-dramas might just be the genre you should check out next! These K-dramas usually center on a character or a group of characters and follow them as they train to be the best in their field. It doesn’t even matter if you’re not into sports or have no clue as to how the sport works, you’ll still find yourselves rooting for the characters and relating to their stories and struggles!

Below, we’re listing down 10 sports-themed K-dramas you can now add to your lists right now:

Hot Stove League centers on Baek Seung Soo, who’s hired as the General Manager of the baseball team Dreams. He’s tasked to help prepare the team for the upcoming season and get them to become a stronger team after losing for consecutive years. The drama follows his character and the rest of the team as they try to deal with all sorts of problems — from the lack of budget to the internal conflict between coaches, players, and the management.

Run On tells the interconnected stories of people who have trouble communicating despite speaking the same language. It centers on a sprinter named Ki Seon Gyeom, who was forced to quit from the national team because of legal issues, and a movie translator named Oh Mi Joo. The two are then joined by the sports agency CEO Seo Dan Ah and the art student Lee Young Hwa. Starring in the drama are Im Si Wan, Shin Se Kyung, Sooyoung, and Kang Tae Oh.

Racket Boys is a sports K-drama set in the rural village of Haenam and tells the story of a boys’ middle school badminton team as they grow as people and as athletes. At the center of the story is Yoon Hyun Jong, who moves to the village to become the coach of a middle school team that’s on the verge of disbandment. The team only has three members, and so he encourages his son Yoon Hae Kang to join the team so they can have enough members to join competitions. With enough plays to enter games, the team tries to soar to new highs and be the best among their peers.

Weightlifting Fairy Kim Bok Joo centers on a weightlifter named Bok Joo, who develops a crush on her friend Jung Joon Hyung’s older brother. At first, he teases her and goes along with the act, but eventually finds himself falling for her. The drama tells the coming-of-age stories of the athletes of Haneol Sports University who fight for their dreams, find love, and grow in the process.

Thumping Spike centers on Kang Se Ra, a young female volleyball player who gets involved in an unfortunate incident that results in a slump that she can’t shake off. Unable to recover from it, she ends up coaching a struggling men’s high school volleyball team where Hwang Jae Woong is the star player. It stars Hwang Seun Eon, Song Jae Rim, Lee Tae Wan, Shin Hyun Soo.

Where to Watch: Viki

Fight For My Way

Fight For My Way tells the story of four characters who all strive to go after their dreams despite not having the right background. At the center of the story are Ko Dong Man, who’s always dreamt of becoming a taekwondo athlete only to become a contract employee, and Choi Ae Ra, who wants to become an anchor but works at the information desk of a department store. Joining them are their two friends Kim Joo man and Baek Seol Hee, who face a new threat after six years of being in a relationship.

High School King of Savvy is a 2014 drama about Lee Min Seok, a rising hockey player who lives an average high school life, and Jung Yoo Ah, a classmate who has a crush on him. Things get complicated when Min Seok’s older brother, who looks just like him but older, calls and asks him to impersonate him while he goes into hiding. As Min Seok is impersonating him, he meets Yoo Ah’s older sister who works at the same company.

To the Beautiful You

This 2012 K-drama is about Tae Joon, who becomes the source of Jae Hee’s strength during her toughest times. She then decides to go back to Korea and enroll in a men’s high school to help Tae Joon restart his high jump career. Tae Joon then decides to retire from the high jump national team and closes his heart, only for it to open again when he meets Jae Hee, who’s been pretending to be a man.

Just Dance is a drama set in Geoji in South Gyeongsang Province, a place known for the shipbuilding industry. It follows 6 girls who are all attending the same high school. All 6 of them are members of the school’s dance sports club and they share the same goal of winning the dance sports competition. It stars Park Se Wan, Lee Joo Young, Joo Hae Eun, Shin Do Hyun, Lee Yoo Min, and Kim Soo Hyun.

Sassy Go Go is a drama set at the elite Sevit High School in Seoul and follows the lives of students who try to survive amidst the academic elitism in the school. Jung Eun JI plays Kang Yeon Doo, the leader of Real King — a street dance club composed of students who all have poor academic performance. Lee Won Keun on the other hand plays Kim Yeol, the president of an elite club with students from the school’s top 5%. When the two clubs are forced to create a cheerleading squad, the two clubs merge to form a strong bond, despite all the misadventures they go through.

Fight for My Way

To the Beautiful You