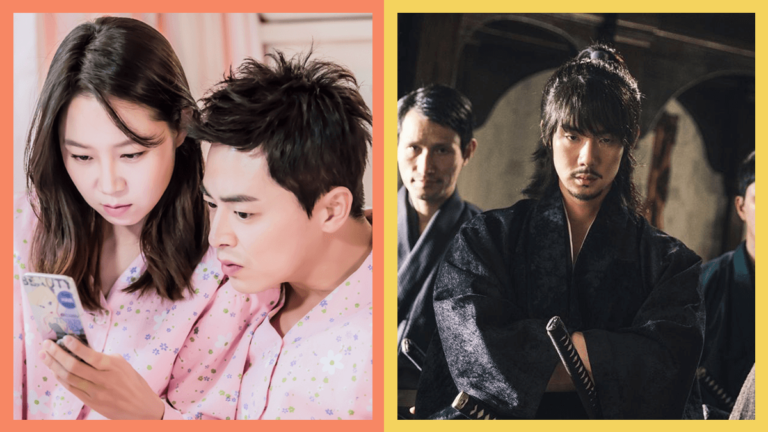 Which of these will you be watching next?

After 12 weeks of giving us laughs, heartwarming stories, and amazing throwback music, Hospital Playlist a.k.a. our Thursday habit has finally reached its finale. If you’re like us who’s been wanting to see more of Mido and Falasol, you’d know that Jo Jung Suk, Jeon Mi Do, Jung Kyung Ho, Yoo Yeon Seok, and Kim Dae Myung are all set to appear in the upcoming variety show Wise Mountain Village Life, which will be premiering this October 8.

While waiting for the new show to premiere, why not delve into the previous works of your favorite Hospital Playlist cast member? Here are 10 K-dramas to add to your lists right now:

Two Cops centers on Jo Jung Suk’s Cha Dong Tak, a detective who’s known and feared among criminals for showing no mercy. Things take a turn for him when his body is taken over by Gong Soo Chang, a clever con artist played by Kim Seon Ho. Cha Dong Tak must then try to share his body with Soo Chang and join forces to fend off a grave threat.

Jo Jung Suk also starred alongside Gong Hyo Jin in the 2016 drama Jealousy Incarnate. In this drama, he played Lee Hwa Shin, a handsome anchor from a rich family, who’s known for relentlessly going after stories. He finds a fierce rival in Pyo Na Rin, a meteorologist who worked hard to get to where she is despite not having the best background. The two then try to compete and race against each other to become the station’s most valuable employee.

Where to Stream: Netflix / Viu

When the Devil Calls Your Name

When the Devil Calls Your Name is about Ha Rip, a struggling artist who’s been wondering if he could ever leave his mark on the world. When he was close to giving up, he encounters the Devil himself, who offered to give him everything he wants for a price. Ha Rip agrees to this, launching a decade of nothing but success. Ten years later, the Devil returns to collect his due, and Ha Rip ends up trying to bargain and barter with his life.

Where to Stream: iQiyi

Prison Playbook is another drama by Shin Won Ho, who also directed Hospital Playlist. It’s about a famous baseball star Kim Je Hyuk, who’s arrested for using excessive force on someone who sexually assaulted his sister. It’s there that he reunites with his childhood friend Lee Joon Ho, who’s now a prison guard at the penitentiary.

Mr. Sunshine is a historical drama based on the Shinmiyangyo or the U.S. expedition to Korea in the late 19th century. It follows a Korean boy born into a family of a house servant who runs away to board an American warship. Many years later, he returns to his homeland as a U.S. marine officer, falling in love with an aristocrat’s daughter and discovering a dark scheme to colonize the country he once ran away from.

The drama stars Lee Byung Hun, Kim Tae Ri, Kim Min Jung, Byun Yo Han, and Yoo Yeon Seok. Here, Yeon Seok plays the Gu Dong Mae — a Korean who becomes a samurai and part of a yakuza. He returns to Joseon to torment its people and help the Japanese army take over the country.

In Dr. Romantic, Yoo Yeon Seok plays Kang Dong Joon, a doctor who plans to name for himself by treating VIP patients. Seo Hyun Jin, on the hand, plays the passionate surgeon Yoon Seo Jung, who is haunted by her previous mistakes. Their lives change when they meet the quirky Teacher Kim — a famous surgeon who decides to give up his job to be the neighborhood of a small town.

Misaeng is another slice-of-life drama centering on a young man named Jang Geu Rae, who enters a trading company as an intern after failing to be a pro baduk player. Because he got into the company with only a high school diploma and a recommendation from one of the bosses, he often faces the bullying of other interns and his superior. However, as time goes by, he begins to adapt to the corporate culture, eventually applying the principles he learned from baduk in real life.

Kim Dae Myung joins Im Si Wan in this drama Kim Dong Shik — Geu Rae’s superior who is one of the people who helped him adjust and be better as an employee. Other cast members include Kang So Ra, Kang Ha Neul, Byun Yo Han, Lee Sung Min, and more.

The Sound of Your Heart

The Sound of Your Heart is a 20-episode sitcom a webtoon artist named Jo Suk and his hilarious adventures with his girlfriend-turned-wife Ae Bong, his parents, his older brother Jo Joon, and their dog. The drama stars Lee Kwang Soo as Jo Suk, and he is joined by Jung So Min, Kim Byung Ok, Kim Mi Kyung, and more. Kim Dae Myung also stars here as Jo Joon, Jo Suk’s brother.

Mother is based on a Japanese drama of the same name. It follows a temporary school teacher Soo Jin, who kidnaps her student Hye Na after realizing that she’s being abused. She then tries to care for her as a substitute mother. As the two becomes closer, they also end up becoming more like a real mother and daughter. The drama stars Lee Bo Young, Heo Yool, and Lee Hye Young.

ICYDK, Hospital Playlist is actually Jeon Mi Do’s first lead role. However, she did make a brief appearance in 2018’s Mother as a mom.

After appearing in Hospital Playlist, Jeon Mi Do is set to star as one of the leads of JTBC’s Thirty-Nine, alongside Son Ye Jin, Kim Ji Hyun, and more. Thirty-Nine is a slice-of-life drama about the story of friendship, love, and the lives of three friends who are all about to turn 40 in 2022.

Jeon Mi Do will be playing Jung Chan Young, who dreamt of becoming an actress but ended up becoming an acting teacher instead. It is scheduled to premiere in the first half of 2022.

Share with us your favorite K-dramas and your thoughts about Hospital Playlist by writing about it on My ClickTheCity.

The Sound of Your Heart

When the Devil Calls Your Name