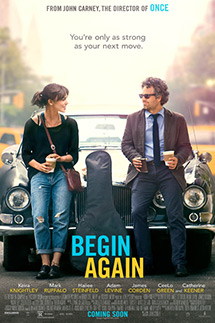 A heartbroken musician and a disgraced record executive find comfort and personal salvation in their musical collaboration.