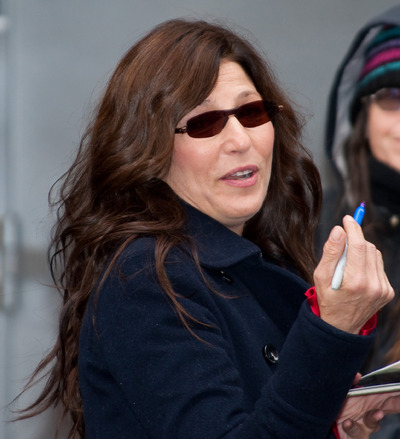 Catherine Ann Keener (born March 23, 1959) is an American actress. She has been nominated for the Academy Award for Best Supporting Actress for Being John Malkovich (1999) and Capote (2005). She also appeared in the critically acclaimed Into the Wild.

Keener was born in Miami, Florida, the third of five children of Evelyn and Jim Keener, a manager of an automotive store. She is of Irish descent on her father's side and of Lebanese descent on her mother's. Keener was raised Roman Catholic and attended Catholic schools. Her sister, Elizabeth Keener, is also an actress. Her brother Michael was a Catholic priest for many years, serving at St. Peter and Paul in Miami.

Keener attended Wheaton College, in Norton, Massachusetts, where she lived with an aunt in order to save on room and board, feeling out of place among her more privileged peers. Keener majored in English and history, enrolling in a theater course only when she was unable to get into a photography class. Her first theatrical production was the Wendy Wasserstein play, Uncommon Women and Others, during her Junior year at Wheaton. She graduated with her B.A. from Wheaton College in 1983.

Keener had a supporting role as Lt. Cricket Sideris in the television series, "Ohara," about an Asian detective. The series ran from January 1987 to May 1988.

Keener's first film appearance was one line in About Last Night... (1986). Although she struggled professionally over the next few years one low-quality project had an unexpected dividend. Keener met her future husband, actor Dermot Mulroney in 1987 while working on Survival Quest (1989), after Mulroney became stuck while attempting to scale a cliff.

In 2000, Keener earned her first Oscar nomination for Best Supporting Actress for her role in Being John Malkovich, directed by Spike Jonze.

In 2005, she made a comeback starring in the political thriller The Interpreter, The Ballad of Jack and Rose, opposite Daniel Day-Lewis, and was cast as the love interest of Steve Carell in Judd Apatow's The 40-Year-Old Virgin. Keener's performance as writer Harper Lee in Capote (also 2005) earned her several awards and nominations, including her second Oscar nomination for Best Supporting Actress.

Keener married actor Dermot Mulroney in 1990. She has a son. In June 2007, Mulroney filed for divorce, citing irreconcilable differences. The divorce became final on December 19, 2007.