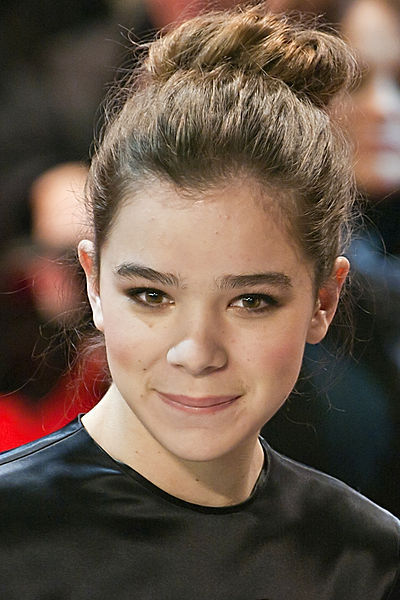 Hailee Steinfeld (born December 11, 1996) is an American actress, model and singer. She is known for her portrayal of Mattie Ross in the 2010 film True Grit, for which she was nominated for the Academy Award for Best Supporting Actress, the Screen Actors Guild Award for Outstanding Performance by a Female Actor in a Supporting Role, and the BAFTA Award for Best Actress in a Leading Role. She also played Petra Arkanian in the 2013 sci-fi film Ender's Game. She portrayed Juliet Capulet in the 2013 film adaptation of William Shakespeare's romantic tragedy Romeo & Juliet, Zooey Renner in the 2014 crime film 3 Days to Kill, and Violet in Begin Again. In 2015, she played Emily Junk in the musical comedy Pitch Perfect 2.

In addition to her acting career, Steinfeld also has done modeling work. She was hired as the face of Miu Miu shortly after True Grit was released in 2011. Steinfeld debuted her singing voice in Pitch Perfect 2 and released a cover version of "Flashlight", the song she sang in the film. In 2015, she signed a recording deal with Republic Records. Her debut single "Love Myself" was released along with a music video in August 2015, which has been certified platinum. Her debut EP, Haiz was released in November 2015.

Steinfeld was born in the Tarzana neighborhood of Los Angeles, California, the daughter of Cheri (née Domasin), an interior designer, and Peter Steinfeld, a personal fitness trainer. She has an older brother, Griffin. Her paternal uncle is fitness trainer Jake Steinfeld, and her maternal great-uncle is former child actor Larry Domasin. Her maternal cousin, actress True O'Brien, appeared in a television commercial when Steinfeld was eight years old, inspiring her to try acting as well.

Steinfeld's father is Jewish and her mother is of part Filipino descent. She was raised in Agoura Hills and later in Thousand Oaks, California, attending Ascension Lutheran School, Conejo Elementary, and Colina Middle School. She was home-schooled from 2008 until her high school graduation in June 2015.

Steinfeld began acting at the age of eight, initially appearing in several short films to gain experience. She played the role of Talia Alden in the award-winning short film, She's a Fox. She went on to make several television commercials and guest appearances on television programs. Her breakthrough came when Steinfeld was chosen out of 15,000 girls for the role of Mattie Ross in True Grit when she was 13. The film was released internationally on December 22, 2010, and her performance was well received by critics. Richard Corliss of Time Magazine called it one of the Top 10 Movie Performances of 2010 and wrote that Steinfeld "delivers the orotund dialogue as if it were the easiest vernacular, stares down bad guys, wins hearts. That's a true gift". Both Roger Ebert and the Los Angeles Times wrote, "she nails it"; Rolling Stone said Steinfeld's "star-is-born performance is worth shouting about." The role earned Steinfeld a nomination at the 83rd Academy Awards for Best Supporting Actress; the Oscar went to Melissa Leo. In May 2011, five months after Grit was released, Steinfeld was chosen to be the new face of Italian designer brand Miu Miu. She played Juliet Capulet in a 2013 adaptation of Shakespeare's Romeo and Juliet.

Steinfeld was cast in 2011, at age fourteen, in a role originally intended for a 20-year-old actress. Since there was some concern that she would be asked to appear nude in the film, its director explained that when Steinfeld was cast, the script was changed to make it "age-appropriate for a 14-year-old." The screenwriter added that the film's purity was important, and the main characters "don't make love until they have been married." The film was released in October 2013 to poor reviews in the United States and internationally. Steinfeld played Violet, one of the leads in the romance-drama Begin Again (formerly called Can A Song Save Your Life?). The film was given a limited release in the United States on June 27, 2014, grossing $134,064 on its opening weekend; it opened in wide release on July 11. It was re-released by The Weinstein Company on August 29. Steinfeld starred as Petra Arkanian in Ender's Game, a science-fiction action-adventure film based on the book by Orson Scott Card. The film was released on November 1, 2013. Paramount Pictures closed a deal in 2011 for the screen rights to the Cat Patrick novel Forgotten and announced that she would play London Lane in a project yet to be filmed as of 2015. In 2014, Steinfeld was announced to star as Min Green in a screen adaptation of Daniel Handler's romantic-comedy book Why We Broke Up, but the film has yet to be recorded.

She was cast as Eliza opposite Ender's Game co-star Asa Butterfield in the film adaptation of Ten Thousand Saints, which premiered on January 23, 2015, at the 2015 Sundance Film Festival. Steinfeld was originally cast to play the female lead in the 2015 film, For the Dogs, but was replaced by actress Emma Roberts. In spring 2014, Steinfeld narrated as the voice of Anne Frank for an exhibition on Frank at the Museum of Tolerance. In October, she was cast to star as Hadley in The Statistical Probability of Love at First Sight, based on the novel of the same name by Jennifer E. Smith. Steinfeld was announced in January 2015 as the star of the film adaptation of Carrie Pilby, the YA novel by Caren Lissner. In March, Steinfeld was included on the list of actors who lent their voices to the English-language dub of the Japanese animated film When Marnie Was There. Steinfeld plays Anna alongside Kiernan Shipka as Marnie. Steinfeld stars in the music video for Taylor Swift's single "Bad Blood". The video premiered at the 2015 Billboard Music Awards ceremony on May 17, 2015.

In 2015, Steinfeld co-starred in Pitch Perfect 2, alongside Anna Kendrick, Rebel Wilson, and Elizabeth Banks, who also directed. With the film, she got an opportunity to play some of her songs for a representative from Republic Records at an event in New York City, and the label signed her. In May, Republic Records announced the record deal and that Steinfeld was working on her first release; a label executive said she "has the vision, natural talent and dedication to compete at the highest level." In late April 2015, Steinfeld was cast as the title character in Break My Heart 1000 Times, based on the YA novel by Daniel Waters. Scott Speer is set to direct. In July 2015, Steinfeld and singer Shawn Mendes released an acoustic version of Mendes' single, "Stitches". The following month, Steinfeld released "Love Myself", including the lyrics, "I'm gonna put my body first/And love me so hard 'til it hurts" and "I'm gonna touch the pain away/I know how to scream my own name"; the music video, released one week later, features Steinfeld wearing a leotard emblazoned with "self service". This prompted media outlets to dub the song an "ode to masturbation". Steinfeld said the lyrics are intended to be interpreted by the listener, "but for me it's an empowerment record and it's ultimately about taking care of yourself and indulging yourself, whether that be emotionally or physically or with material things."

Steinfeld's debut EP is titled Haiz, the nickname used by her fans, because "it would feel like, one, they named it; and two, it was my gift to them." Haiz was produced by Mattman & Robin and features co-writers Julia Michaels and Justin Tranter. "It is me and my voice and my take on things. It will be interesting to see how people respond." The EP was released on November 13, 2015, to mixed reviews. Popdust gave Haiz a 3.5 grade out of 5, saying the EP's only downfall is that four "mostly sturdy and often vigorous [songs] are not enough to get a true sense of who Steinfeld is and what she’s trying to say." Vulture called Haiz "fascinating, but for all the wrong reasons": the first two singles, "Love Myself" and "Hell Nos and Headphones", are "delivered with such dead-eyed, finger-on-the-zeitgeist blandness" that they disprove their intended points; "Rock Bottom" is "propulsive but forgettable"; and "You're Such A" could be made by someone else "into something punchier." Nylon said the EP "may not be overly innovative and it may not be pop music's savior, but it's fun, catchy, and has a lot of good messages for young women everywhere". On February 27, Steinfeld released "Rock Bottom" as second single in a new version featuring American funk pop band DNCE

A second Pitch Perfect sequel was announced in June 2015. Steinfeld is expected to return for the third and final installment of the franchise. Steinfeld will portray Nadine in The Edge of Seventeen, a coming-of-age film co-starring Blake Jenner, Woody Harrelson and Kyra Sedgwick, and written by Kelly Fremon. Filming began in October 2015. 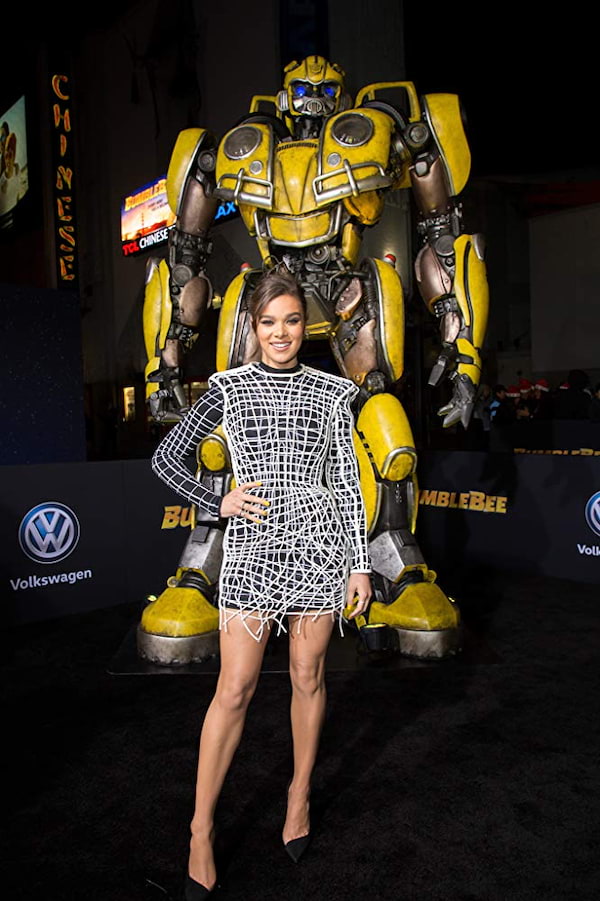 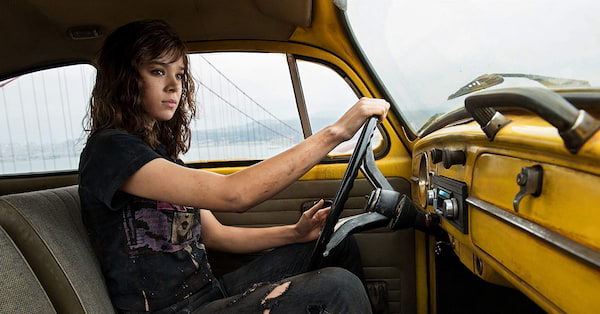 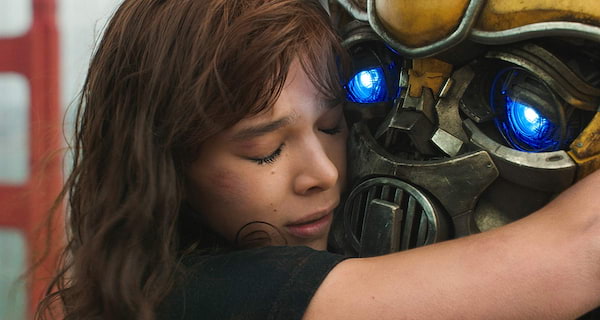 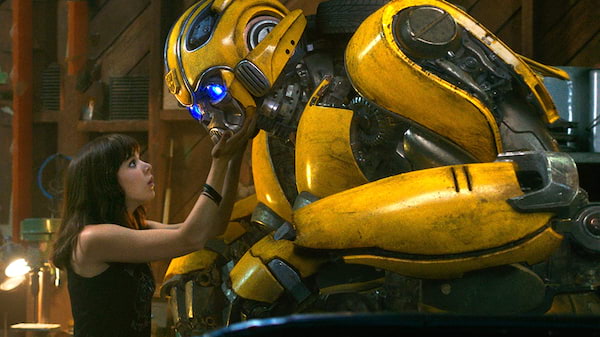 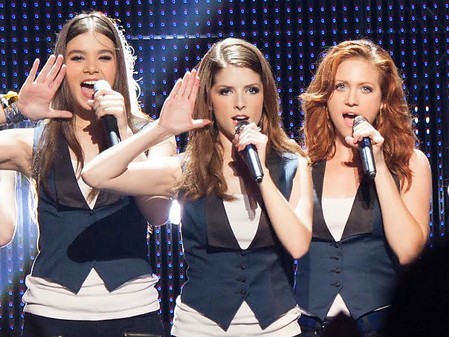 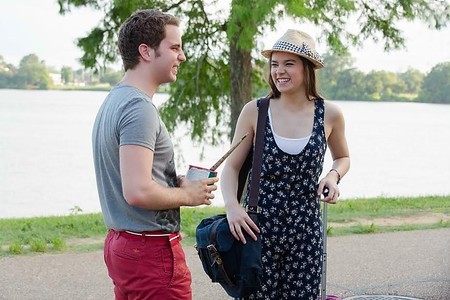 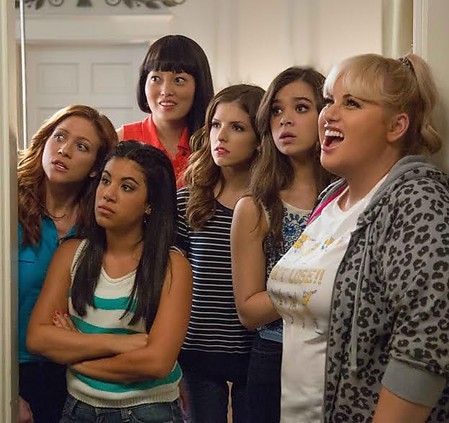