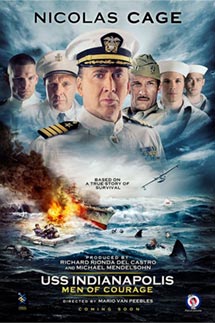 Near the end of World War II, an American ship is stranded in the Philippine sea and must await rescue in shark infested waters.