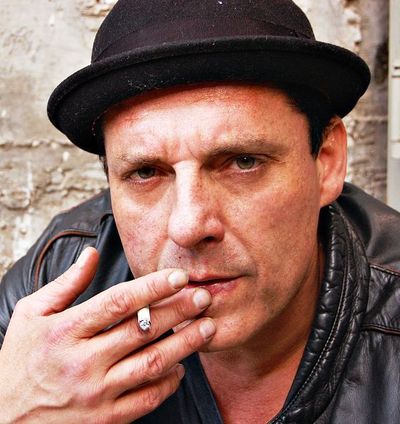 Sizemore was born in Detroit, Michigan. His mother, Judith (née Schannault), was a member of the city of Detroit ombudsman staff, and his father, Thomas Edward Sizemore, Sr., now retired, was a lawyer and philosophy professor. Sizemore has stated that his maternal grandfather was of French and Native American ancestry. He has three brothers, Charlie, Aaron and Paul, who is also an actor. Sizemore attended Michigan State University for one year, as well as Wayne State University. He earned a Master's degree in theatre from Temple University in 1986. He subsequently moved to New York City to pursue an acting career.

One of Sizemore's earliest film appearances occurred in Oliver Stone's Born on the Fourth of July in 1989, followed by roles in Lock Up (1989), Harley Davidson and the Marlboro Man (1991), Point Break, True Romance (1993), Natural Born Killers (1994), and Strange Days (1995). Sizemore also starred in the independent drama film Love Is Like That (1993) with actress and model Pamela Gidley. He had a supporting role in Kevin Costner's Wyatt Earp as Bat Masterson.

A succession of well-received supporting parts followed, perhaps the most well known being his portrayal of Michael Cheritto as an armed robber in the heist film Heat (1995). His first major leading role was as Vincent D'Agosta in 1997's The Relic. Sizemore had a recurring role on the television series China Beach (1988 to 1991) as an enlisted man named Vinnie who was in love with Dana Delany's character. Sizemore continued to play leading and character parts in many films, notably Devil in a Blue Dress (1995), Saving Private Ryan (1998), Bringing Out the Dead (1999), and Witness Protection (1999).

While speaking in an interview about friend Mickey Rourke, Sizemore revealed he is Catholic: "He's been a good friend. He's a real good Catholic and I'm Catholic."

Sizemore married actress Maeve Quinlan in 1996, but divorced in 1999 because of issues associated with his drug problems. In 2010, Sizemore appeared as a patient/cast member on VH1's third season of Celebrity Rehab.