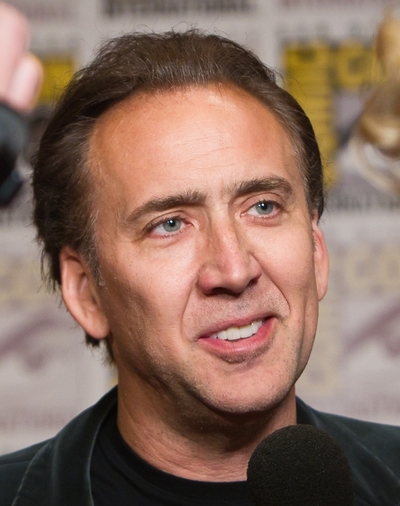 Nicolas Kim Coppola (born January 7, 1964), known professionally as Nicolas Cage, is an American actor, director, and producer. He has performed in leading roles in a variety of films, ranging from romantic comedies and dramas to science fiction and action films. Cage is known for his prolificacy, appearing in at least one film per year nearly every year since 1980, with the exception of 1985 and 1991.

Cage received an Academy Award, a Golden Globe, and Screen Actors Guild Award for his performance as an alcoholic Hollywood writer in Leaving Las Vegas (1995) before coming to the attention of wider audiences with mainstream films such as The Rock (1996), Face/Off (1997), Con Air (1997), City of Angels (1998), and National Treasure (2004). He earned his second Academy Award nomination for his performance as Charlie and Donald Kaufman in Adaptation (2002). In 2002, he directed the film Sonny, for which he was nominated for Grand Special Prize at Deauville Film Festival. Cage owns the production company Saturn Films and has produced films such as Shadow of the Vampire (2000) and The Life of David Gale (2003).

Though his performances in The Weather Man (2005), Lord of War (2005), The Bad Lieutenant: Port of Call New Orleans (2009), and Kick-Ass (2010) earned critical acclaim, and films such as Ghost Rider (2007) and Knowing (2009) were box office successes, Cage has been strongly criticized in recent years for his choice of roles, some of which have been universally panned. He starred in The Croods, The Frozen Ground, and Joe, which all received acclaim.

Cage was born in Long Beach, California, the son of August Floyd Coppola, a professor of literature, and Joy (Vogelsang), a dancer and choreographer. He was raised in a Catholic family. His father was of Italian descent and his mother is of German and Polish descent. His paternal grandparents were composer Carmine Coppola and actress Italia Pennino, and his paternal great-grandparents were immigrants from Bernalda, Basilicata. Through his father, he is the nephew of director Francis Ford Coppola and of actress Talia Shire, and the cousin of directors Roman Coppola and Sofia Coppola, film producer Gian-Carlo Coppola, and actors Robert Carmine and Jason Schwartzman.

Cage's two brothers are New York radio personality Marc "The Cope" Coppola and director Christopher Coppola. He attended Beverly Hills High School, which is known for its many alumni who became entertainers. He aspired to act from an early age and also attended UCLA School of Theater, Film and Television. His first non-cinematic acting experience was in a school production of Golden Boy. He cites James Dean as the key inspiration for his career, saying: "I started acting because I wanted to be James Dean. I saw him in Rebel Without a Cause, East of Eden. Nothing affected me - no rock song, no classical music - the way Dean affected me in Eden. It blew my mind. I was like, 'That's what I want to do'."

To avoid the appearance of nepotism as the nephew of Francis Ford Coppola, he changed his name early in his career to Nicolas Cage, inspired in part by the Marvel Comics superhero Luke Cage. Since his minor role in the film Fast Times at Ridgemont High, with Sean Penn, Cage has appeared in a wide range of films, both mainstream and offbeat. He tried out for the role of Dallas Winston in his uncle's film The Outsiders, based on S.E. Hinton's novel, but lost to Matt Dillon. He was also in Coppola's films Rumble Fish and Peggy Sue Got Married.

Cage has been nominated twice for an Academy Award, winning once for his performance as a suicidal alcoholic in Leaving Las Vegas. His other nomination was for his portrayal of real-life screenwriter Charlie Kaufman and Kaufman's fictional twin Donald in Adaptation. Despite these successes, most of his lower-profile films have performed poorly at the box office compared to his mainstream action/adventure roles. The suspense thriller 8mm (1999) is considered a cult film. He took the lead role in the 2001 film Captain Corelli's Mandolin and learned to play the mandolin from scratch for the part. He made his directorial debut with 2002's Sonny. In 2005, two films he headlined, Lord of War and The Weather Man, failed to find a significant audience despite nationwide releases and good reviews for his acting in those roles. Poor reviews for The Wicker Man resulted in low box office sales. The much criticized Ghost Rider (2007), based on the Marvel Comics character, fared better, earning more than $45 million (the top earner) during its opening weekend and over $208 million worldwide through the weekend ending on March 25, 2007. Also in 2007, he starred in Next, which shared the concept of a glimpse into an alternate timeline with Cage's film, The Family Man (2000).

Most of Cage's movies that have achieved financial success were in the action/adventure genre. In his second-highest grossing film to date, National Treasure, he plays an eccentric historian who goes on a dangerous adventure to find treasure hidden by the Founding Fathers of the United States. Other action hits include The Rock, in which Cage plays a young FBI chemical weapons expert who infiltrates Alcatraz Island in hopes of neutralizing a terrorist threat, Face/Off, a John Woo film where he plays both a hero and a villain, and World Trade Center, director Oliver Stone's film regarding the September 11, 2001 attacks.

In February 2011, Cage claimed to have created a new method of acting he calls "Nouveau Shamanic". He claims to have used the acting style throughout his career and one day plans to write a book about the method.

Cage's acting has been praised by influential film critic Roger Ebert, who wrote in his "Great Movies" essay about the film Adaptation, that: "There are often lists of the great living male movie stars: De Niro, Nicholson and Pacino, usually. How often do you see the name of Nicolas Cage? He should always be up there. He's daring and fearless in his choice of roles, and unafraid to crawl out on a limb, saw it off and remain suspended in air. No one else can project inner trembling so effectively.... He always seems so earnest. However improbable his character, he never winks at the audience. He is committed to the character with every atom and plays him as if he were him." In response to mixed reviews of Knowing and their focus on criticizing Cage, Ebert defended both Cage as an actor and the movie to which, in contrast to other critics, Ebert gave four out of four stars.

Lord of War co-star Ethan Hawke said of Cage: "He's the only actor since Marlon Brando that's actually done anything new with the art of acting; he's successfully taken us away from an obsession with naturalism into a kind of presentation style of acting that I imagine was popular with the old troubadours." While stating that Cage had hurt his career by working on too many poor projects ("He's put a little too much water in his beer"), Hawke added: "If I could erase his bottom half bad movies, and only keep his top half movies, he would blow everyone else out of the water."

Cage has been married three times. His first wife was actress Patricia Arquette (married on April 8, 1995, divorce finalized on May 18, 2001).

Cage's second marriage was to singer/songwriter Lisa Marie Presley, daughter of Elvis Presley. Cage is an Elvis fan and used the star as the base of his performance in Wild at Heart. Presley and Cage married on August 10, 2002 and filed for divorce on November 25, 2002 which was finalized on May 16, 2004. The divorce proceeding was longer than the marriage.

Cage met his third and current wife Alice Kim, a former waitress who previously worked at the Los Angeles restaurant Kabuki and at the Los Angeles-based Korean nightclub, Le Privé. She bore their son, Kal-El, (after Superman's birth name) on October 3, 2005. Cage was once considered for the role of Superman in a film to be directed by Tim Burton. Alice had a minor role in the 2007 film Next, which Cage produced. They were married at a private ranch in Northern California on July 30, 2004. 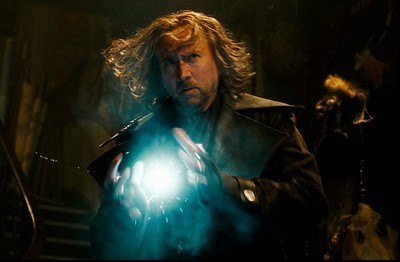 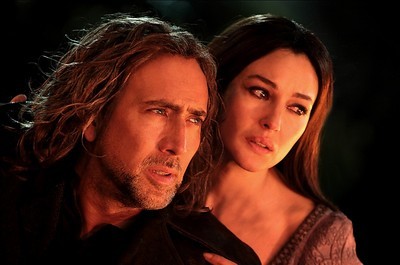 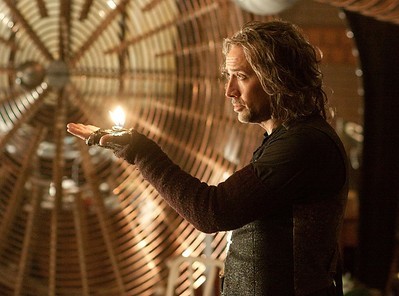 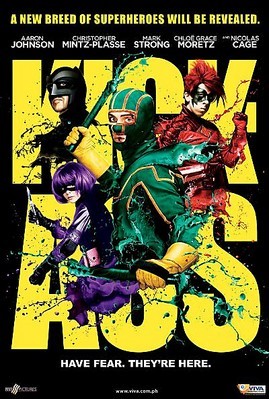 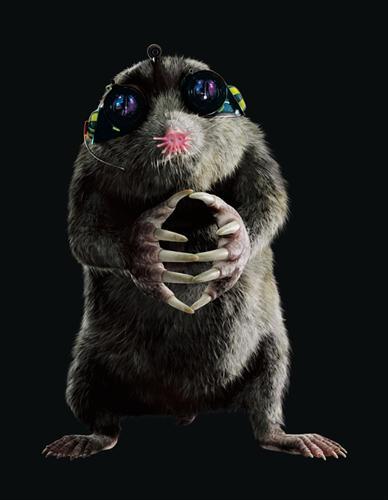 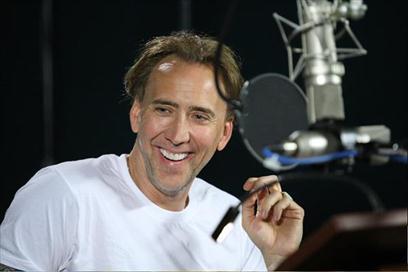 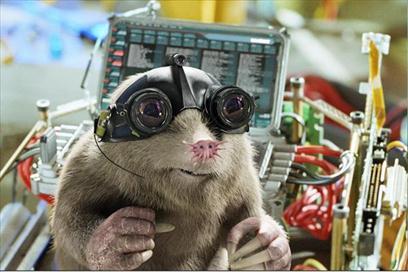