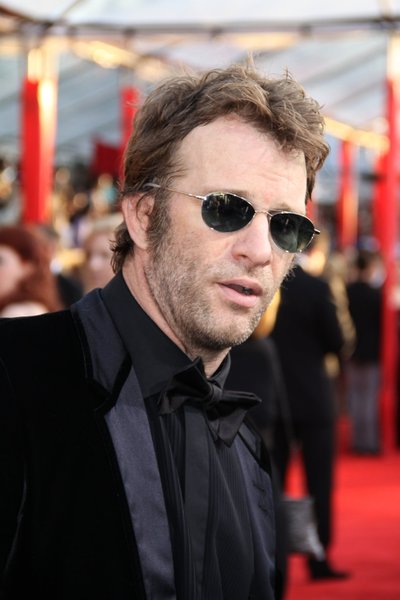 Jane's television roles include Mickey Mantle in the television film 61* (2001) and starring in the HBO series Hung (2009–2011). He is the founder of RAW Studios, an entertainment company he uses to release comic bookshe has written, the first of which was Bad Planet. He made his directorial debut with the crime thriller Dark Country (2009), in which he also starred.

Jane was born in Baltimore, Maryland, the son of Cynthia, an antiques dealer, and Michael Elliott, a genetic engineer. In 1987, he graduated from Thomas Sprigg Wootton High School. At age 18, he moved to Hollywood to pursue an acting career. He was initially homeless and lived out of his car, often doing street performances to earn money: "I had two songs in my repertoire that I hammered to death, "Hey Joe" and "Knockin' on Heaven's Door". People used to pelt me with change just to shut me up."

Jane is divorced from actress Aysha Hauer, the daughter of actor Rutger Hauer. He and Aysha starred in a number of films together, including a short called Picture This. He was engaged to Olivia d'Abo from 1998 to 2001. After meeting through mutual friends in 2001, Jane and actress Patricia Arquette became engaged in 2002. Their daughter, Harlow Olivia Calliope, was born on February 20, 2003. Jane and Arquette subsequently married on June 25, 2006 at the Palazzo Contarini del Bovolo in Venice, Italy.

In January 2009, Arquette filed for divorce from Jane on the grounds of irreconcilable differences, but the couple soon reconciled and Arquette requested to abandon the divorce petition on July 9, 2009. However, on August 13, 2010, Jane's representative announced that Jane and Arquette had decided to proceed with a divorce. The divorce was finalized on July 1, 2011. The pair were granted joint custody of their child.