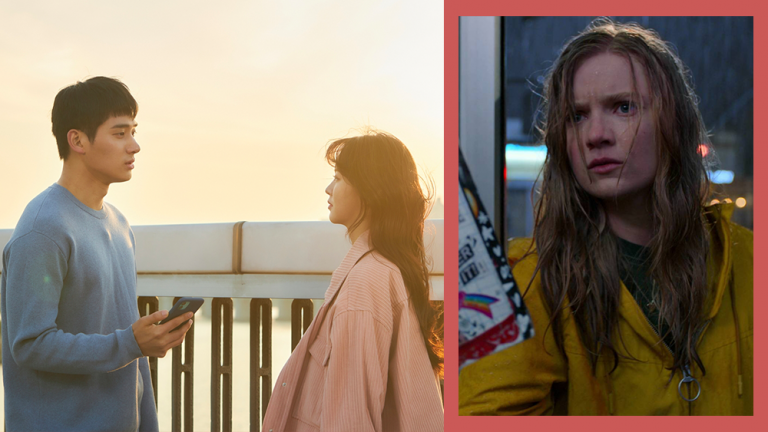 Don't forget to add these titles to your lists!

If you’re the kind who need to plot your binge-watching schedules for the month, worry not, because we’re giving you a rundown of the most awaited shows and films launching on Netflix Philippines this March.

I Can See You: The Promise
March 1

I Can See You: The Promise is a Filipino series centering on a widowed recluse who falls for an aspiring artist who wants to get her family out of poverty. This drama stars Paolo Contis, Yasmin Kurdi, and Andrea Torres.

Moxie is about Vivian, a shy teenager who gets fed up with the sexism that girls in her school experience. She then turns to her mom’s rebel girl past for inspiration, publishing a ‘zine that calls out the toxic behavior at her school. Amy Poehler, Hadley Robinson, and Lauren Tsai star in this drama.

Bombay Rose is an Indian animated film about a young club dancer from the streets of Bombay who escapes from child marriage. She is then caught between choosing to fend for her family or to find love with an orphan boy. The film is told in documentary fashion as it explores the “ruthlessness of a society where the love and life that reigns on the big screen can crush you in its mean streets.”

Picking up after the events of Season 1, Love Alarm 2 follows the main characters who still have their unresolved issues and worries despite graduating high school and becoming adults. It has now been four years since the launch of Love Alarm, which has recently released a Love Alarm 2.0 — which now features a list of people who are likely to have feelings for the user in the future. Now, Kim Jo Jo — who is still hiding her feelings — goes through changes in the society because of the app.

In YES DAY, married couple Allison and Carlos decide to give their three kids a YES DAY — a day when their children get to make the rules for 24 hours. What they didn’t know when they agreed to this ordeal is that they’ll be going on an adventure around Los Angeles, something that would bring the family closer than ever.

The film stars Jennifer Garner, Édgar Ramirez, Jenna Ortega, Julian Lerner, Everly Carganilla, and more. Garner is also one of the producers of the film.

ALSO READ:
WATCH: The Trailer to ‘Yes Day,’ Premiering on Netflix This March 12

This series follows puppet pals Waffles and Mochi as they travel the world to explore the wonders of food and culture. This is all while they are learning how to cook with fresh ingredients.

Song Kang also stars in the new K-drama Navillera. Here, he plays Chae Rok, a 23-year-old dancer who finds interest in ballet after trying out different sports. He’s already thinking about giving up ballet when he meets Shim Deok Chul, a 70-year-old retired mailman who finally decides to pursue his dream of learning ballet.

DOTA: Dragon’s Blood is a series based on the hit video game franchise Defense of the Ancients. It tells the story of Davion, a renowned Dragon Knight whose mission is to wipe the scourge from the face of the world. As he encounters different characters, he becomes caught in events that are bigger than what they could ever imagine.

Jojo’s Bizarre Adventure: Diamond is Unbreakable is the fourth story arc of the anime series. It follows Jotaro, Joestar’s grandson, who arrives in Morioh to warn his relative of the new Stand users.

I Can See You: The Promise