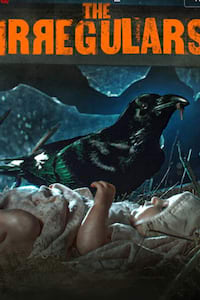 Set in Victorian London, the series follows a gang of troubled street teens who are manipulated into solving crimes for the sinister Doctor Watson and his mysterious business partner, the elusive Sherlock Holmes. As the crimes take on a horrifying supernatural edge and a dark power emerges, it'll be up to the Irregulars to come together to save not only London but the entire world.

[About:]
The Irregulars is an upcoming British-American crime drama streaming television series developed by Drama Republic for Netflix. Based on the works of Sir Arthur Conan Doyle, it features the Baker Street Irregulars working for Dr. Watson saving London from supernatural elements.

Created by Tom Bidwell, the series is scheduled for a March 26, 2021 premiere.