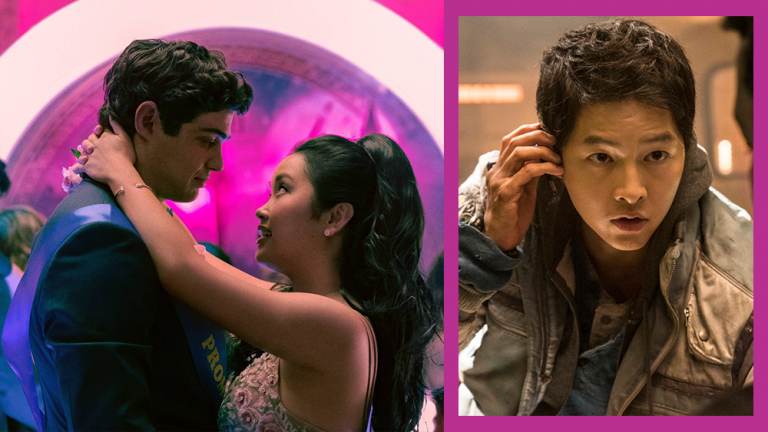 If you’re the kind who need to plot your binge-watching schedules for the month, worry not, because we’re giving you a rundown of the most awaited shows and films launching on Netflix Philippines this February.

The House Arrest of Us
February 1

Kathryn Bernardo and Daniel Padilla star in The House Arrest of Us, a series centering on a couple who want to make their engagement official by honoring tradition. This event gets complicated, however, when the pandemic forces them and their families to quarantine in one house.

Space Sweepers is a film set in 2092, when spaceship Victor is one of the many that live off salvaging space debris. Manning the spaceship is the genius pilot Tae Ho, ex-space pirate Captain Jang, spaceship engineer Tiger Park, and reprogrammed military robot Bubs. After they manage to snatch a crashed space shuttle, the crew discovers a 7-year-old girl inside, who turns out to be the humanlike robot wanted by the space guards. Victory’s crew then decides to demand a ransom in exchange for the girl.

Zendaya and John David Washington star in Sam Levinson’s Malcolm & Marie, a romantic drama about a filmmaker and his girlfriend who return home from a movie premiere, sure that it will be a critical and financial success. However, the evening takes a turn on them as they start to discover revelations about their relationship that test the strength of their love.

ALSO READ
Netflix is Giving Us One New Film Every Week This 2021!

In the seventh season of Brooklyn Nine-Nine, the squad sees the return of old pals and foes, Jake and Amy rethink their family plans, and Holt chafes over his demotion. It stars Andy Samberg, Melissa Fumero, Terry Crews, Stephanie Beatriz, and more.

To All the Boys: Always and Forever
February 12

To All the Boys: Always and Forever is the last of the To All the Boys I’ve Loved Before series. It follows Lara Jean, who is now a senior, as she faces the conflicts that come with stepping into adulthood and planning for college. She then goes on life-changing trips, which leads her to think about what life can be like with friends, family, and Peter after graduation.

Lana Condor and Noah Centineo will be reprising their roles in the film, which will be directed by Michael Fimognari. Jordan Fisher, Anna Cathcart, Janel Parrish, and Ross Butler also star in the film.

ALSO READ
WATCH: Lara Jean and Peter K on ‘To All the Boys: Always and Forever’ Trailer
WATCH: Lana Condor and Noah Centineo Impersonate Each Other

Behind Her Eyes
February 17

Behind Her Eyes is adapted from Sarah Pinborough’s 2017 novel. It centeres on Louise, a single mother who takes a part-time job in a psychiatrist’s office and enters an affair with David, her new boss. Things get more complicated when she also starts bonding and forms a friendship with Adele, David’s wife.

The drama comes from the producers of The Crown and stars Simona Brown, Tom Bateman, Eve Hewson.

Sisyphus: The Myth is about Han Tae Sul, a genius engineer who co-founded Quantum and Time and is known for having the highest level of coding skills. Things change for him when he learns the truth about his brother’s death, which leads him to go on a dangerous journey.

Another Song Joong Ki starrer coming to Netflix is the drama Vincenzo. Here, the actor plays Park Joo Hyeong, who grows up using the name Vincenzo Cassano after being adopted and moving to Italy at age 8. He eventually becomes a lawyer while working as a Mafia consigliere. However, because of a war between mafia groups, he moves back to South Korea, where he meets the lawyer Hong Cha Young and her intern Jang Joon Woo.